Three People Given Citations After Brawl Over McNuggets at Local McDonald's 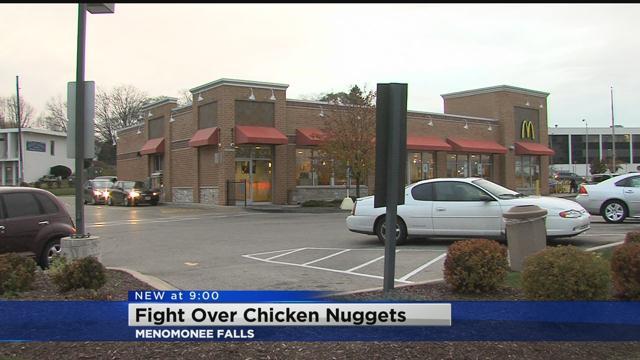 Three people were given tickets after an ordering mishap at McDonald's. It's a mishap that spirals into an all out brawl inside the Menomonee Falls restaurant.

According to Menomonee Falls police a couple was so dissatisfied with the drive-thru service at the McDonald's on Appleton Avenue, they decided to go inside and take matters into their own hands.

This all started when a 41-year-old Milwaukee man and his wife came the McDonald's on the afternoon of November 2nd, looking to order a 20 piece chicken McNugget.

But that didn't go as planned.

The couple got frustrated when they pulled up to the drive-thru window and couldn't hear what the employee was saying. So they decided to go inside and complain.

According to police the couple started yelling curse words at the employees and calling them names. A 62 year old McDonald's employee told them to stop but that's when the problems started.

Police say at that point the 35-year-old woman slapped that employee so hard her glasses fell off. The employee came out from behind the counter, slapped the woman in the face and pulled her hair.

Her husband  then grabbed the employee's arms and punched her in the head.

The couple left the restaurant and a witness called 911.

We spoke to the employees husband earlier in the day who says his wife was simply trying to defend her coworker.
Regardless, all three now have a ticket for disorderly conduct and are facing a $450 fine.

According to her husband, the McDonald's employee is back at work. We reached out to McD's for comment but haven't heard back.