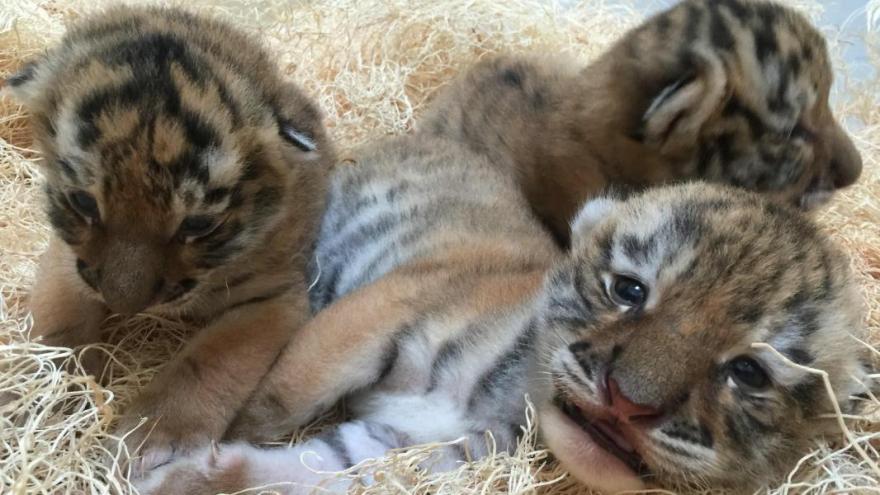 The cubs were born to mother, Amba, and male, Strannick on September 14, according to the Milwaukee County Zoo press release.

An announcement will be released when the cubs are ready to make their public debut.

As of October 2, the cubs weighed in at 5.6 pounds, 5.9 pounds and 6.9 pounds. The cubs are weighed every two to three days and report all three are healthy and growing quickly. They are expected to start walking at about 3 weeks old.

The cubs have a nest of woodwool in an off-exhibit and are regularly monitored both in-person and on video by zookeepers.

According to the Milwaukee County Zoo press release, Amba and her cubs won't be on public exhibit for several weeks.

The zoo encourages fans to visit their Facebook page: http://www.facebook.com/MilwaukeeCountyZoo for photos, videos, and updates on the new family.