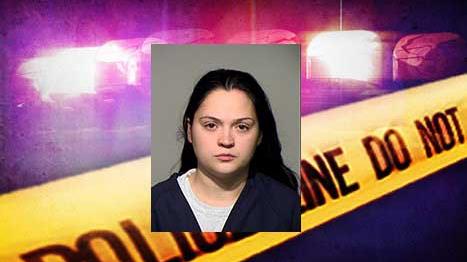 A three-month old baby boy is at Children’s Hospital in critical condition after being severely bitten by a dog. The mother is in custody for child neglect after police found out she left the baby home alone with a pit bull that had bitten before.

Angelina Lache was charged with two counts of child neglect and obstructing an officer.

The incident started when Milwaukee Police were called to the scene of a car accident on October 27 at 16 and Rogers Street. The mother was in her car with her two children, frantic and screaming that her baby was injured.

Milwaukee Fire Department took the baby and the mother to Children’s Hospital.

At the hospital, doctors were able to see visible bite wounds over the upper body region of his body. He was rushed to surgery.

Police spoke with her 9 year-old son, according to the criminal complaint. He said he was at home when his dog bit his baby brother. He said the baby was in his bouncer crying when the family pit bull “Ace” walked up to the baby and nipped him in the arm.  The baby cried louder and Ace bit and latched onto him by the shoulder and the neck. The pit bull tried to pull him out of the bouncer.

The 9 year-old said the entire body was in the pit bull’s mouth.

Ace continued to bite the stomach, back, arms and neck. The 9 year-old tried to slap and kick Ace to try to stop him from biting. He said Ace was to strong and pulled the baby to the ground.

The mother told authorities a different story that the baby had been attacked by a dog at a friend’s house.

Lache told police she was outside smoking a cigarette and heard screaming from her 9 year-old son “the dog is biting.” The defendant said she went inside and put the baby in a car seat to go to the hospital. She told the police the dog lived near 25th and Orchard and was owned by a friend.

Police were able to find the friend who said she didn’t own a dog but the defendant owned a dog. The friend, also, said the dog had previously bit one of the defendant’s children.

During an in-custody interview, Lache said she had left her two sons home alone while she went to the store to buy milk. When she left the baby was in his bouncy seat. When got back she saw him laying on his back in the 9-year-old’s room. She said she lied to police because she didn’t want to get into trouble and she didn’t want her dog put down.

On two prior occasions that Ace bit other people.  His mom told him, “don’t tell the cops the truth, because they’re going to kill Ace.”