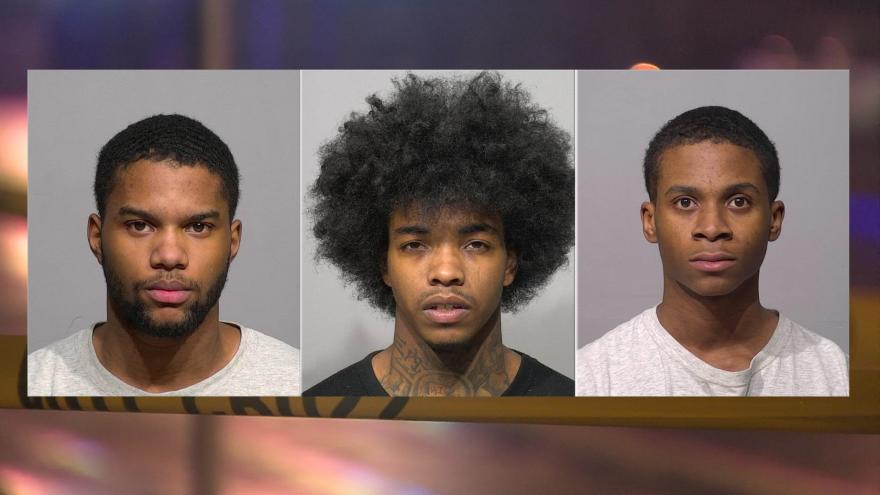 MILWAUKEE (CBS 58) -- Three men in Milwaukee have been charged with robbing another Milwaukee man and his brother.

According to a criminal complaint, Jonathan Lindsey, Kadrien Mclaughlin, and Trevonn Smith robbed the victim when he was sitting in a car with Smith.

The suspects also robbed the victim's brother who was sitting in a car nearby who told police the suspects shot at his car after the robbery.

The three suspects drove away and led police on a three-mile chase through Milwaukee reaching speeds of 80 mph on city streets. The car eventually crashed while trying to go the wrong way on I-43.