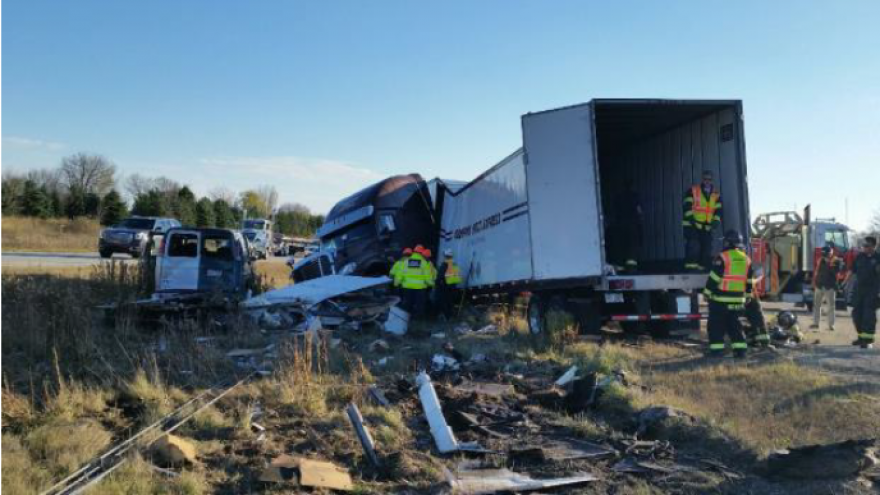 OZAUKEE COUNTY, Wis. (CBS 58) -- The Sheriff's Office responded to a multi-vehicle traffic accident on I-43 southbound north of Lakefield Road just after 1 p.m. on Tuesday afternoon.

Initial investigation reveals that a van pulling a camper was traveling southbound, slowing for traffic ahead when it was struck from behind by a semi-tractor/trailer. The impact caused the semi-tractor to jackknife into the median.

Three occupants were taken to a local hospital for treatment of what is believed to be non-life threatening injuries.

All lanes of I-43 southbound were closed at STH 60 due to lane blockage from a large amount of debris from the accident. 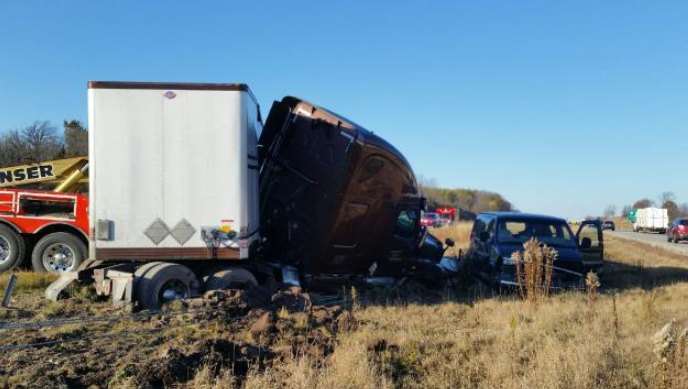 The Ozaukee County Highway Department is currently assisting with off-loading approximately 70,000 pounds of paper products from the semi-tractor trailer.

The Ozaukee County HazMat Team is also addressing a diesel fuel spill from the semi-tractor.

It is expected that all I-43 southbound lanes will be closed for approximately 2-4 hours while emergency personnel addresses the scene of the accident. Motorists are asked to choose an alternate route.