Thousands in Attendance for Funeral of Quinn Johnson-Harris 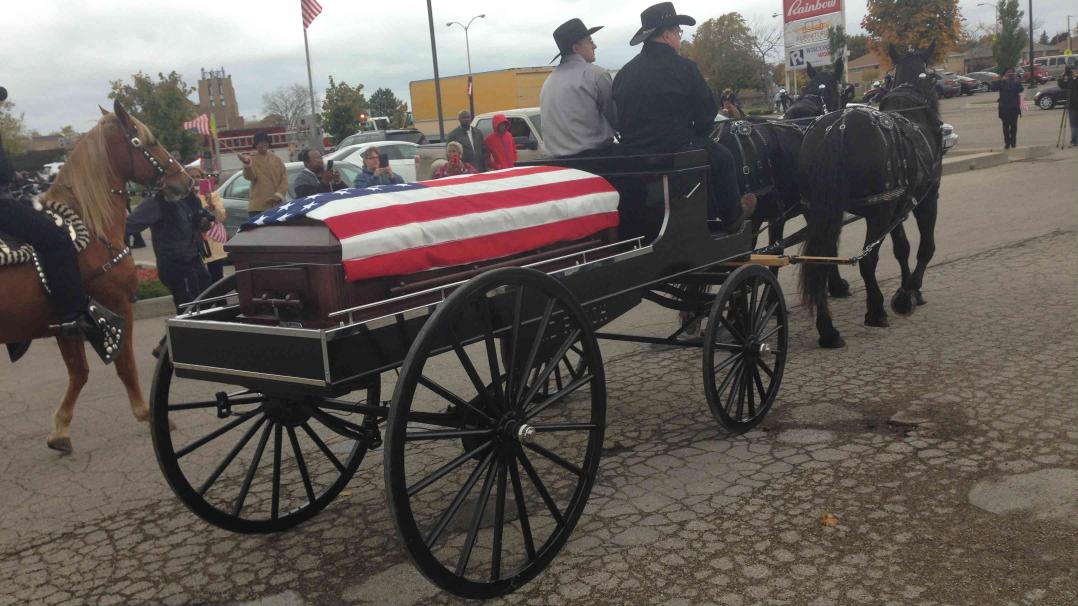 Hundreds filed in for the funeral, thousands more lined the streets, a small thanks and honor to the airman who died three weeks ago.

The 21-year-old and 2012 graduate of Homestead High School died in a plane crash in Afghanistan.

At Saturday’s funeral, those in attendance shared tearful moments but also talked about Johnson-Harris's sacrifice and his military service. And plenty of people shared memories about his personality, how much fun they had with them.

The long line of cars in the processional stopped halfway during its procession when pallbearers removed the casket, draped it with an American flag and placed it on a horse drawn carriage. It would be the image remembered by people paying their respects to the young airman they might not even know.

Others, including Jordan Pettit, have a clearer image of Quinn Lamar Johnson-Harris having spent so much time with him through high school. She calls him a goofball, "but, you know, there is that side, he put up that facade around people. He always wanted people to feel good and happy but when it came down to it he could be really serious. And he was very, very loving toward his family, and friends. Always trying to help other people – a selfless person."

In attendance, Governor Scott Walker even joined in on the singing going as far as to sing 'God Bless America’ as a prayer.

Each time a speaker spoke about Quinn, the focus always landed on his family.

Internment for Johnson-Harris will happen on November 2 at Arlington National Cemetery in Virginia.