Thief Steals More Than 100 Pumpkins From Elderly Farmer in Connecticut 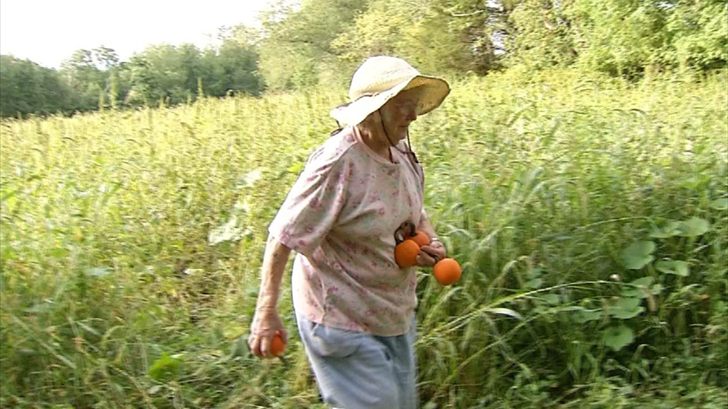 Someone snatched more than 100 pumpkins from an 88-year-old farmer in Lebanon.

A widow, Randall said she runs her business, Our Acres Farm in Lebanon, by herself.

"It's always something new every day," she told Eyewitness News.

She said the crime really hurt her budget; however, she actually feels sorry for the crook.

"I remember World War II," Randall said. "People used to dig up their lawns and raise food for themselves."

Even at her age, Randall said she does most of the work on the farm herself. She might be a little slower and a little weaker than she's used to, but she said she still loves every second of it.

"You know it gives you a lot of satisfaction to put a little seed in the ground and get this," she said.

When she's not in her fields, customers can find her at her small produce stand on Exeter Road that she's run for 30 years.

"I like people," she said. "I like to help them enjoy eating their food that I can raise."

Randall said she sells her veggies using the honor system. People place whatever they're willing to pay in a jar. Sometimes she finds a $10 bill, but usually it's $5s and $1s.

Saturday, Randall said she covered an entire hill with about 150 pumpkins.

She said someone showed up that night and took nearly all of them.

A tip wasn't left in the jar.

"It was very disheartening," Randall said. "You know, to think somebody would do that."

She figured the thief took about a third of her pumpkin crop and cost her between $200 and $300.

Randall said the saddest part is that someone took advantage of her trusting nature.

However, she said she won't be ditching the honor system.

One step at a time, she's lived her life the same way for decades. She said no thief can take that away.

"I learn to accept it that's all," Randall said. "Some people aren't honest but most people are."

Randall said she didn't call police because she believes investigators have more important crimes to solve.

She said she still hopes the thief will return the pumpkins or put money in her can.

It's still sitting outside her produce stand.