"They're Excessively Violent"; FBI Looking to Identify the "Bloomer Bandits" 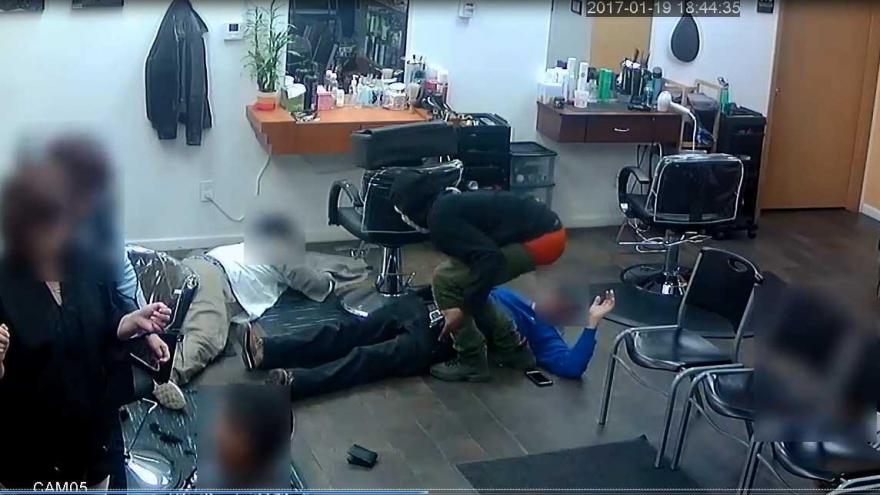 The FBI and the Milwaukee Police Department are currently seeking the identities of two to three unidentified suspects who are deemed armed and extremely dangerous.

The FBI has named the robbers the "Bloomer Bandits" because one of the robbers has consistently worn a white face covering, green boots and pants that slip below the waistline, exposing orange underwear.

Federal Agents say the crew is responsible for at least 10 violent robberies at Milwaukee stores in just over a week.

Several of the robberies have occurred on, or near South 13th Street in Milwaukee.

"On several occasions, they've physically assaulted victims inside the businesses," says Supervisory Special Agent Reid Norris. "They seem to be excessively violent in the robberies."

The first known robbery happened January 18th, at the T-Mobile on 13th and Lincoln. Since then, the crew has hit a different store practically every day, including a McDonalds, a Walgreens, even a beauty salon.

The violent robbers are armed with black semi-automatic pistols, one of which has an extended magazine.

The robberies have occurred between the hours of 6:30 pm - 10:45 pm. The FBI is asking business owners, and people across the city, to remain vigilant.

"Clearly they're violent," says Norris. "We don't want anyone to get hurt by these guys."

These suspects are considered armed and extremely dangerous.

Do not attempt to approach them.

The FBI is offering a reward for information leading to the arrest and conviction of any of the suspects responsible for the armed robberies listed above, please call the FBI at (414) 276-4684.