They Want Their $15...Rallying for Better Wages 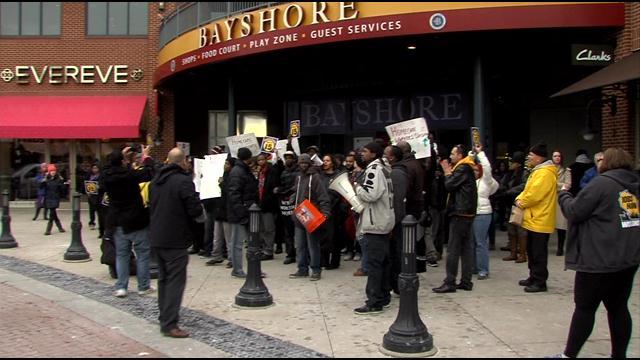 They have their sights set on $15 an hour and say they won't stop until they get it. We're talking about hourly workers who rallied throughout the day across Milwaukee to have their voices heard.

They say making $7.25 an hour is below poverty, and they want what's rightfully theirs, especially with record corporate profit being reported.

However the opposing side says jobs will be lost in Wisconsin because of the tremendous financial burden on small businesses and corporations.  In fact the MacIver Institute has done research on the potential increase of wages to $15 an hour and says if it happens, more than 90 thousand jobs would be lost eventually.

The federal minimum wage, the same as Wisconsin's, is $7.25. President Obama says he wants it to increase to $9.