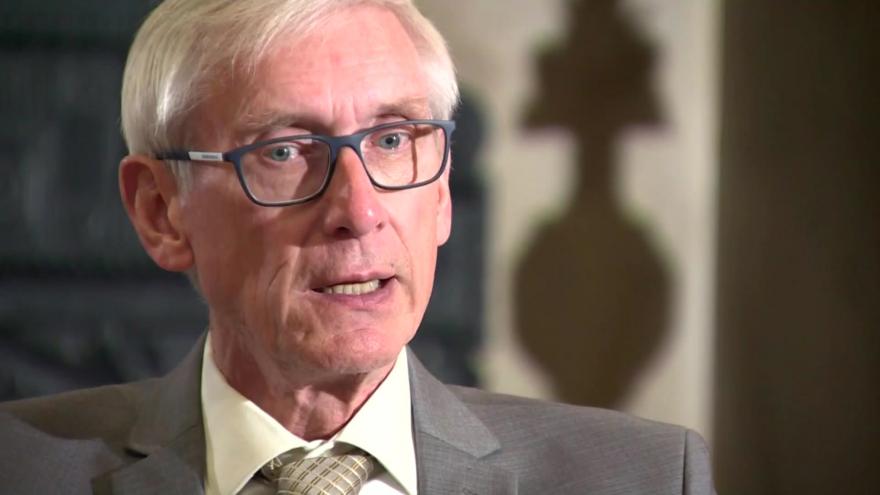 Governor Tony Evers campaigned on significantly cutting the state’s prison population. He believes that effort must start with reforming the criminal justice system.

“We have to think about the moral obligation we have to make sure that people that have struggled and made bad decisions get back in our society as quickly as possible,” Evers said in an interview with CBS 58’s affiliate in Madison, WISC-TV News 3 Now.

Currently, Wisconsin’s adult prisons are at more than 130 percent of their capacity, according to the latest data from the Department of Corrections. Goyke says this creates safety issues for inmates as well as guards. On top of that, a large prison population imposes a heavier burden on taxpayers. He believes the bills introduced Thursday will have broad benefits.

“It would ease the pressure on the criminal justice system without negatively impacting public safety,” Goyke said.

The bills aim to reform and reinvest through addressing incarceration limits for non-criminal supervision violations, create an expansion of earned release eligibility and make changes to community supervision.

The plan is to reduce the prison population and use the savings to also reduce crime.

The American Civil Liberties Union of Wisconsin believes the bills can go a long way in helping reduce the state’s racial disparities and help improve communities.

“We’re in a crisis,” said Sean Wilson, the Statewide Smart Justice Organizer for the ACLU of Wisconsin, in regards to the state of Wisconsin’s prison system.

“It’s about time for Wisconsin to take its first step in addressing our prison overcrowding and our criminal legal system,” Wilson told CBS 58.

The package of bills is modeled after similar efforts in other states, including Louisiana which also has a divided government. Goyke said he and others worked to make sure the bills included input from republicans. After introducing the bill Thursday, Goyke said he received positive reaction from GOP colleagues and hopes their support can push the bills forward.

If they become law, Goyke believes the bills can have a significant impact in the state.

“If we do this right and we reinvest the money the way we’re proposing to reinvest it I believe crime will go down.”