The road to watching this summer's solar eclipse starts in the library? 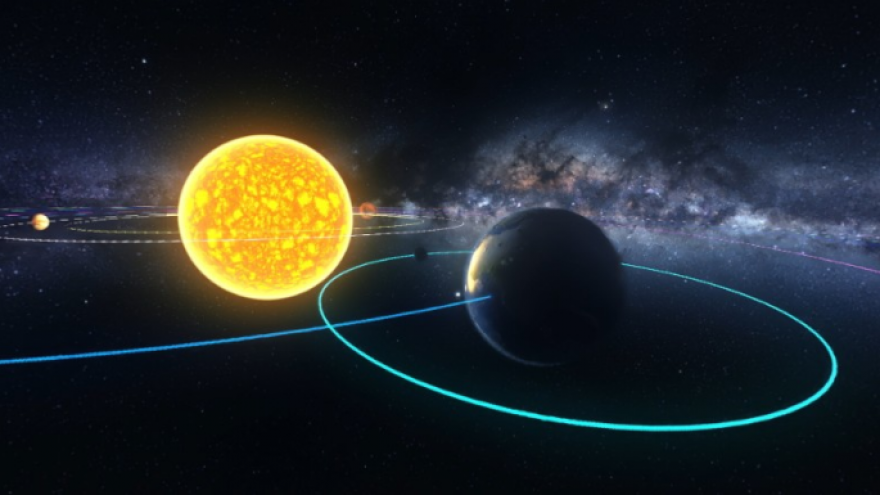 (CNN) The solar eclipse, which will happen August 21, only happens about once every 375 years, according to NASA.

If your trips to the library are similarly infrequent, you may want to change that.

More than 2 million pairs of eclipse glasses, which allow you to watch the solar eclipse without damaging your eyes, are being distributed free at public libraries across the country.

During a total solar eclipse, the moon and the sun both appear to be about the same size from the ground.

According to NASA, this is a "celestial coincidence," as the sun is about 400 times wider than the moon and about 400 times farther away.
Then, it is just basic geometry. When the Earth, moon and sun line up just right, the moon blocks the sun's entire surface, creating the total eclipse.

Here's a map of registered libraries. (Several locations in the Milwaukee area are on the list.)

While it may appear dark, watching the solar eclipse without the right eyewear can severely damage your vision.
A joint news release from the Space Science Institute, the Gordon and Betty Moore Foundation and Google says about 4,800 libraries will participate in giving out free glasses.

"Many are working together to help people understand and view the eclipse safely, and we are delighted to be part of this."

Dusenbery says because solar eclipses are so rare, it's a great opportunity for collaboration.

"This is a once in a lifetime opportunity for libraries and their communities to work together to participate in a celestial event of this scope."