The Last Eclipse of the Year Happens Friday Night 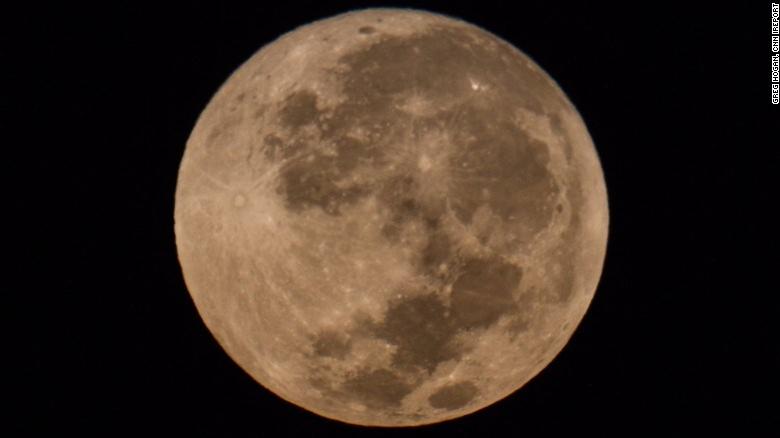 (CNN) Stargazers will have one last chance to see an eclipse this year when the last lunar phenomenon of 2016 occurs Friday night.

The eclipse will be difficult to observe, with the Earth only casting a slight shadow on the moon. But when the Earth completely blocks the sunlight, the moon will appear red or orange.
Viewers from the United States will not be able to see the eclipse, but people in Europe, Asia and throughout the Pacific will be able to witness the event.
The eclipse was to start around 6 p.m. in London and at 3 a.m. Saturday in Sydney. The eclipse should last around four hours.
However, a huge yellow harvest moon has been viewable everywhere in the world since early Friday, and some lucky onlookers were able to capture it in all its glory.
Dennis Doucet, a photographer based in Kobe, Japan, first saw the moon early Friday morning. "I waited all night for the clouds of the approaching typhoon to break enough to capture the images," he told CNN via Instagram, referring to Typhoon Malakas.
In Kathleen, Georgia, photographer Greg Hogan shot the beautiful sight throughout its different phases. "It seemed so amazingly bright at about 2 a.m. and then at 6 a.m. it was a warm glow as it set," he says.
Even casual viewers found the sight impressive.
Devi Amalia, a student in Semarang, Indonesia, hailed the moon's universal beauty. "The moon could be enjoyed by anyone, including me, you and all parts of the world," he says.
If you happen to catch a glimpse of 2016's last lunar eclipse, let us know by tagging #CNNSpace.
Share this article: