MILWAUKEE (CBS 58) – An act of kindness is making people all over Milwaukee smile.

It all started when Shamika Anderson’s bus broke down near Howell and Ohio. While she was waiting for a new bus, the boy, D.J. Fromme, came up and started talking to her.

"I just wanted to comfort her and talk about our feelings together," he said.

The two talked about Fromme’s family and he even encouraged Anderson to try out his skateboard.

"We sat there and we immediately connected with each other," she said.

The friendship didn’t end that day.

"She’s good person and she’s a person that you can trust," Fromme said.

Fromme told Anderson his bike tire had popped, so she had an idea.

"I decided to purchase him a bike," she said.

The next day she dropped it off to Fromme and his parent’s surprise. 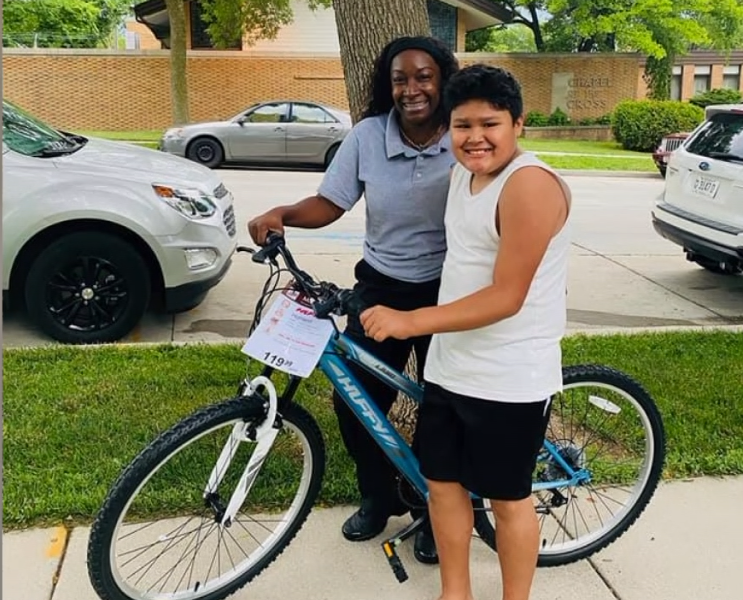 "A total loss for words," D.J.’s mom Peggy Olbrantz said. "I was so stunned, it was the kindest, most generous thing I’ve ever heard of, I mean it was unbelievable."

Fromme’s family said the last few days have been filled with smiles and of course, bike riding.

"I think I got more out of it than he did because my heart felt overwhelmed with joy," Anderson said. "Just to be able to put a smile on his face."

Both Fromme and Anderson said they want to stay in touch for a long time. He plans on going to church with Anderson’s family very soon.