The Jewish Community Center Explains the Meaning of Hanukkah 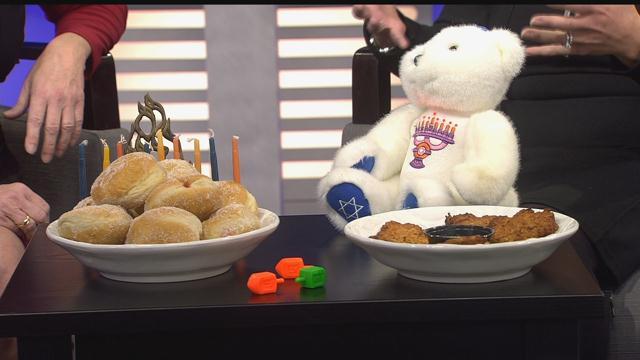 The eight-day Jewish celebration known as Hanukkah or Chanukah commemorates the rededication during the second century B.C. of the Second Temple in Jerusalem, where Jews had risen up against their Greek-Syrian oppressors in the Maccabean Revolt.

This year it begins on December 24th. The timing varies from year to year because its based on the Jewish calendar.

According to the Talmud, one of Judaism’s most central texts, Judah Maccabee and the other Jews who took part in the rededication of the Second Temple witnessed what they believed to be a miracle.

Even though there was only enough untainted olive oil to keep the menorah’s candles burning for a single day, the flames continued flickering for eight nights, leaving them time to find a fresh supply. This wondrous event inspired the Jewish sages to proclaim a yearly eight-day festival.

Each year, Hanukkah – often called the Festival of Lights – is celebrated with the lighting of the menorah, traditional foods likes latkes and sufganiyots which are cooked in oil, games and gifts.

Mark Shapiro, President/CEO of the JCC, and Rabbi Shari Shamah, Jewish Family Specialist of the JCC were special live guests on the CBS 58 News at 4.