The difference between watches, warnings & advisories 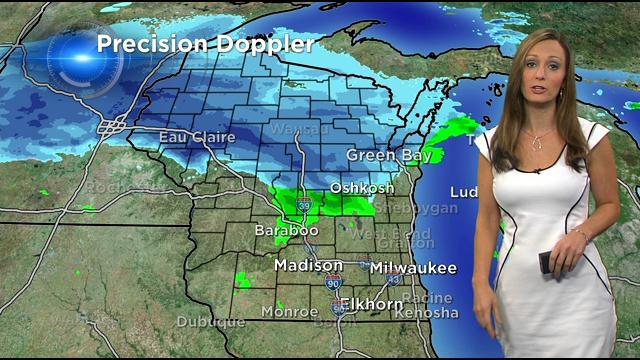 Winter has arrived in Wisconsin...right on time. While southern parts of the state have dodged a bullet with this early winter storm traversing across northern tier sections of the nation, it's a good time to get familiar with the terms we will be using to keep you safe during our winter months.  Let's start with the basics today... do you know the difference between a \"watch\" and a \"warning\"?  What other types of weather concerns come up during the cold season? Here's a list of what you need to know when winter weather strikes.

Winter Storm Warning: Issued when hazardous winter weather in the form of heavy snow, heavy freezing rain, or heavy sleet is imminent or occurring. Winter Storm Warnings are usually issued 12 to 24 hours before the event is expected to begin.

Winter Storm Outlook: Issued prior to a Winter Storm Watch. The Outlook is given when forecasters believe winter storm conditions are possible and are usually issued 3 to 5 days in advance of a winter storm.

Blizzard Warning: Issued for sustained or gusty winds of 35 mph or more, and falling or blowing snow creating visibilities at or below ¼ mile; these conditions should persist for at least three hours.

Wind Chill Warning: Issued when wind chill temperatures are expected to be hazardous to life within several minutes of exposure.

Wind Chill Advisory: Issued when wind chill temperatures are expected to be a significant inconvenience to life with prolonged exposure, and, if caution is not exercised, could lead to hazardous exposure.

Winter Weather Advisories: Issued for accumulations of snow, freezing rain, freezing drizzle, and sleet which will cause significant inconveniences and, if caution is not exercised, could lead to life-threatening situations.

Dense Fog Advisory: Issued when fog will reduce visibility to ¼ mile or less over a widespread area.

Snow Flurries: Light snow falling for short durations. No accumulation or light dusting is all that is expected.

Snow Showers: Snow falling at varying intensities for brief periods of time. Some accumulation is possible.

Blowing Snow: Wind-driven snow that reduces visibility and causes significant drifting. Blowing snow may be snow that is falling and/or loose snow on the ground picked up by the wind.

Sleet: Rain drops that freeze into ice pellets before reaching the ground. Sleet usually bounces when hitting a surface and does not stick to objects. However, it can accumulate like snow and cause a hazard to motorists.

Freezing Rain: Rain that falls onto a surface with a temperature below freezing. This causes it to freeze to surfaces, such as trees, cars, and roads, forming a coating or glaze of ice. Even small accumulations of ice can cause a significant hazard.

This and other useful information can be found at www.weather.gov/ and http://www.nws.noaa.gov/om/winter/
Share this article: