The December snow chances are coming 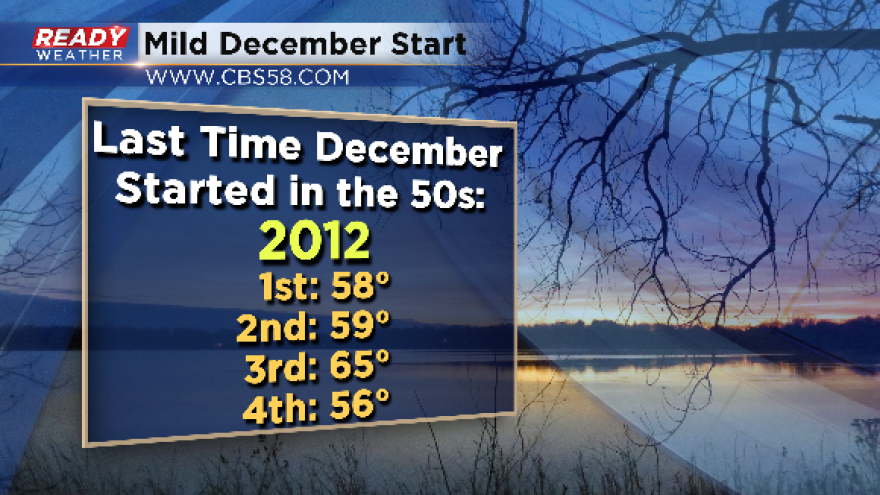 November is just about to end on a very mild note.  The 50 degree temperatures should continue as we move into the first couple of days of December.  Take a look at the graphic above.  The last time we started December in the 50s was back in 2012.  The first through the fourth were well above normal that year. 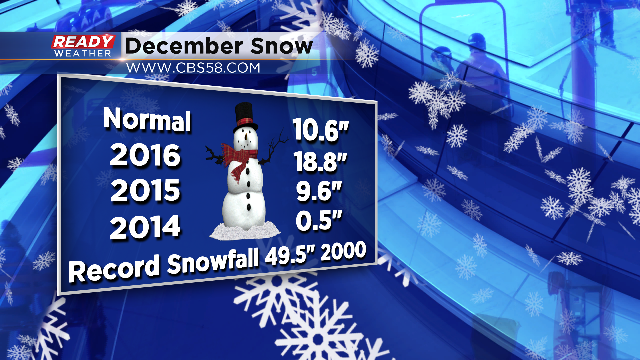 Of course we will transition quickly next week as an arctic blast returns from the north.  While the snowfall forecast is looking meager with the cold, December can be a very active snowfall month for Milwaukee.

Last year there were two significant snow events in the month, helping to push the  December snow total to 18.8"!  The normal for December is 10.6" of snow.

The record amount of snow in December was not that long ago.  December of 2000 saw a whopping 49.5" of snowfall.