'The dangers that we face are the unknown': Drivers reminded to be cautious of crash responders 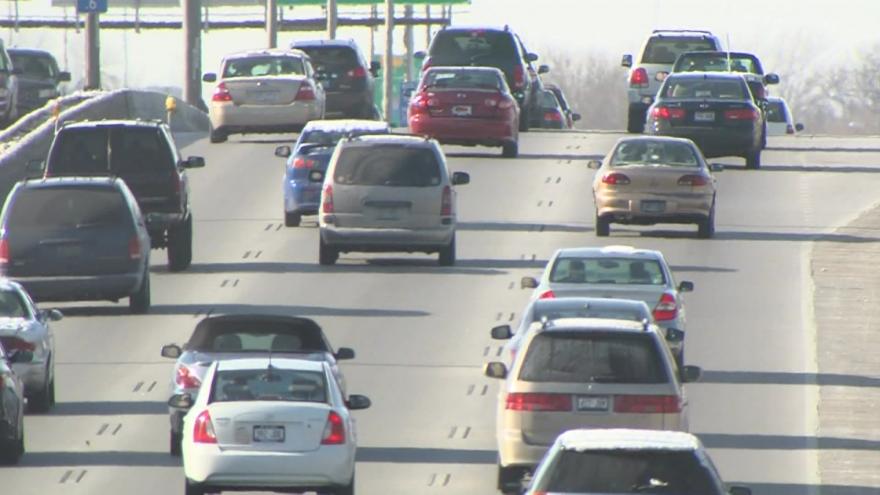 MILWAUKEE (CBS 58) -- According to AAA's Thanksgiving travel forecast, 48.3 million Americans will hit the road to see friends and family for a Thanksgiving meal this year.

While roads may seem jam packed, first responders want to make sure drivers are cautious of all vehicles, including those stopped on the side of the road.

Since 2017, there have been 3,600 secondary crashes in Wisconsin. That's according to Lt. Bradley Ocain with the Wisconsin State Patrol.

A secondary crash happens when first responders are assisting with a crash on the side of a road and another crash occurs. Ocain says this is usually due to drivers not paying attention or driving too fast.

"I think what a lot of people don't realize is how close these responders are working to active traffic. Often, we're talking a few feet. I know personally throughout my career I've had some close calls," said Lt. Ocain.

Parts of southeast Wisconsin have already seen snow, and Ocain says those conditions heighten the dangers first responders face when called to a crash. He's reminding people of a few things as they get behind the wheel.

"Slowing down. Allowing ample following distance between you and the vehicle behind you, and really staying off of the phone. Putting the phone down and really focusing on driving," said Ocain.

First responders all across the state are doing their part as well. About 50% of all first responders have participated in the Wisconsin Department of Transportation's "TIME" training, or Traffic Incident Management Enhancement training.

All members of the West Bend Fire Department have taken the training after multiple first responders were almost hit by a driver in 2018.

"The ambulance wasn't responding to a traffic incidence per se," said Schafer. "They were responding to a medical event in a vehicle pulled along the side of the road. We intended to have a safe zone but an individual coming on the freeway wasn't paying attention."

That video is now used as part of the training and it was posted on social media during Crash Responder Awareness week  Nov. 8 through Nov. 14- to remind people of the dangers.