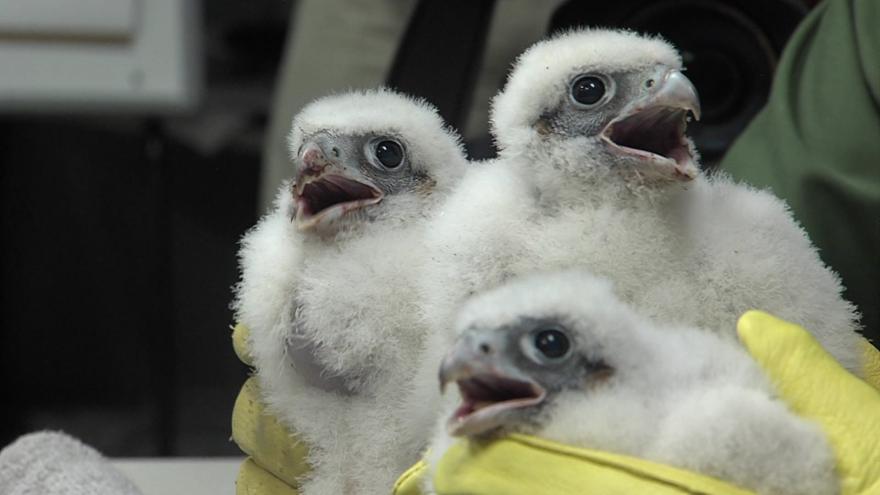 OAK CREEK, Wis. (CBS 58) -- The Beak Freak made its public debut in front of students at Carollton Elementary School in Oak Creek.

The falcon won a We Energies contest where people could vote for falcon names that were inspired by Bucks and Brewers players.

On Friday, wildlife officials banded the falcon chicks so that they can be tracked and studied.

"It's two colors, a letter and a number, that goes into a database so birders all over the country, if they see a peregrine falcon, they can look up the number, see how far it's traveled, where it was born," said Alison Trouy, Spokesperson for We Energies.

The Beak Freak will live at the Oak Creek falcon nesting box along with two other chicks named after Bucks legends.