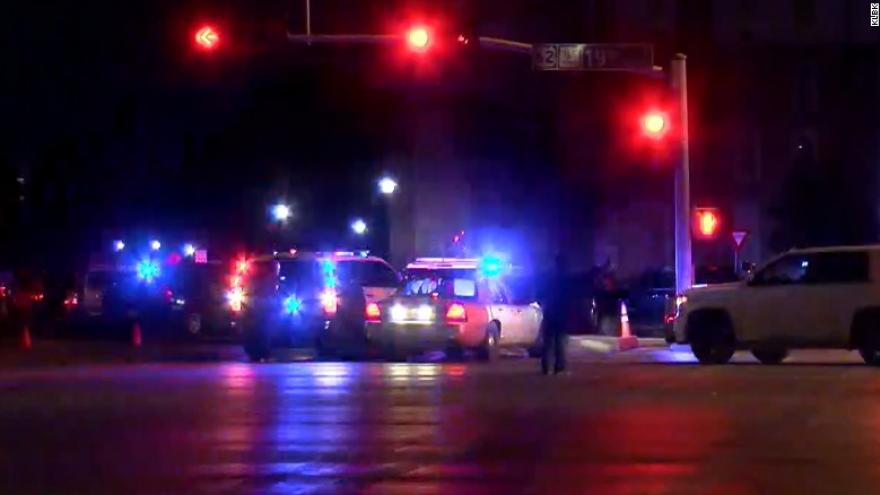 University officials issued an alert saying the suspect was taken into custody and that the campus lockdown order had been lifted.

In an earlier statement, the university identified the suspect as Hollis Daniels.

University spokesman Chris Cook said that campus police made a student welfare check Monday evening and — upon entering the room — found evidence of drugs and drug paraphernalia. Officers then brought the suspect to the police station for standard debriefing.

While at the station, Cook said the suspect pulled out a gun and shot an officer in the head, killing him. The suspect then fled on foot before being apprehended a short time later.

Texas Tech officials initially issued a lockdown alert to students on social media, urging those on campus "to take shelter in a safe location."

Additional information was not immediately available.