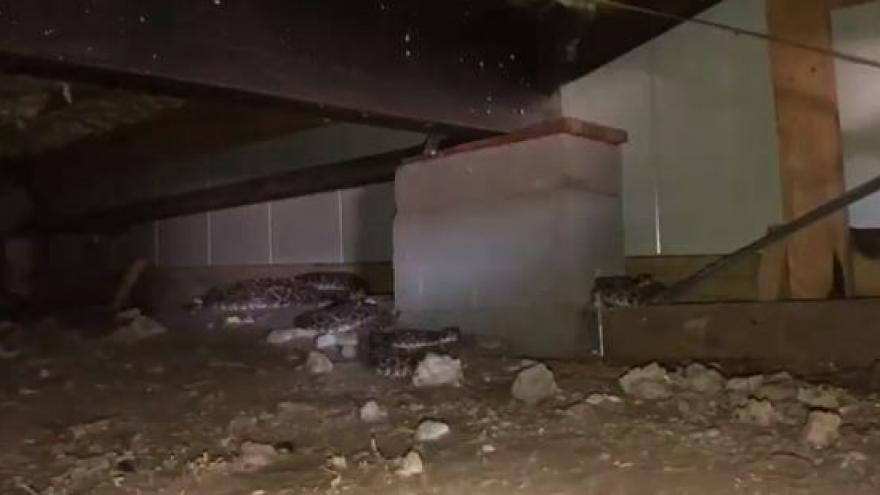 Albany, Texas (CBS News) -- A Texas homeowner who reported seeing "a few" snakes under his home actually had dozens of rattlesnakes living beneath his house. That's according to Big Country Snake Removal, whose workers pulled 45 rattlesnakes from underneath the home near Albany, about 150 miles west of Dallas.

The company posted an 18-minute video of part of the actual removal on Facebook and it's been viewed more than 300,000 times. CBS DFW reports the company said finding that many snakes at a house that "was nice and clean" and had a very well kept yard is unusual, but that snakes only care about surviving.

The company said on its Facebook page that the homeowner had crawled underneath his home after high winds disrupted his cable television service. The homeowner saw a few snakes, quickly crawled out and contacted the snake removal company, which removed the rattlesnakes last week.

Snakes will begin emerging from underneath Texas homes as the weather warms up, increasing the risk of snakebites. Officials say that on average, one to two people die in Texas each year from a venomous snake bite.