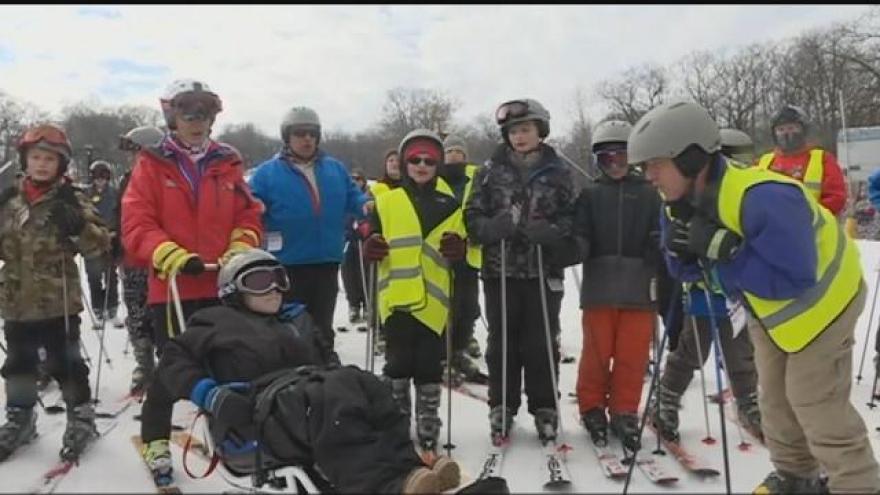 A terminally ill boy accomplished something he never thought possible on a Wisconsin ski hill this weekend.

Frank Carpino suffers from desmoid tumors. But for his 12th birthday he wanted to hit the slopes.

His boy scout troop helped raise the money and Adaptive Adventures provided the equipment making it possible for frank to make his descent on cascade mountain near portage.

“Being able to feel the wind on your face, the whole experience was fun. It's even greater that everybody could ski next to me," says Carpino.

Nearly 100 skiers sang happy birthday to Frank when he reached the bottom of the hill.