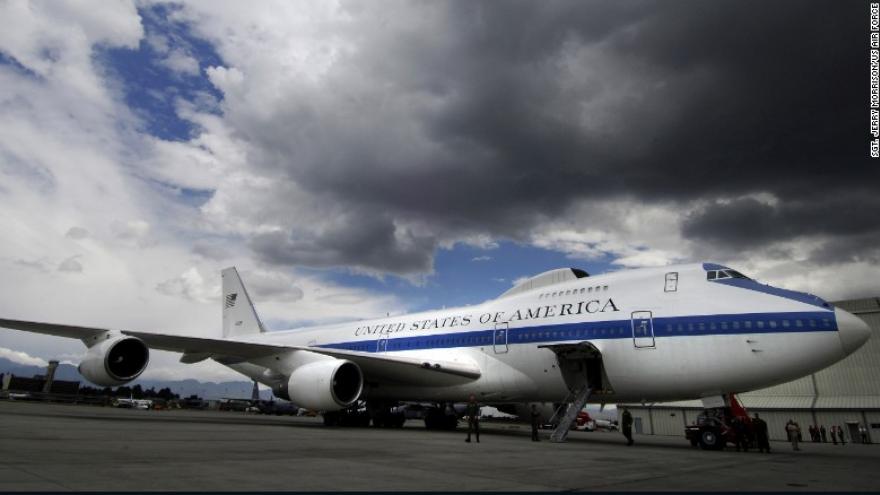 (CNN) Ten US Air Force planes, including two E-4B "doomsday" aircraft, were damaged when a tornado hit near Offutt Air Force Base in Nebraska last week, the service told CNN on Friday.

Nicknamed the Air Force's "doomsday" plane, the Boeing-made E-4B serves as an aerial command center in case of national emergency or destruction of ground bases.

It provides a "highly survivable command, control and communications center to direct US forces, execute emergency war orders and coordinate actions by civil authorities," according to the Air Force.

A-29 Super Tucano – An A-29 Super Tucano taxis on the flightline during its first arrival, Sept. 26, 2014, at Moody Air Force Base, Georgia. Afghan Air Force pilots trained on the planes that will be used in air-to-ground attack missions in Afghanistan.

"The E-4B serves as the National Airborne Operations Center and is a key component of the National Military Command System for the President, the Secretary of Defense and the Joint Chiefs of Staff," according to Air Force spokesperson Col. Patrick Ryder.

The aircraft is also protected against the effects of electromagnetic pulse and has an electrical system designed to support advanced electronics and a wide variety of communications equipment, according to the Air Force's fact sheet.

The Air Force has four E-4Bs in active service, and the primary aircraft was off-station during the tornado on June 16, according to Ryder.

"There is no impact to the E-4B's primary mission, so it remains capable of completing its National Airborne Operations Center," he said.

In addition to the two E-4B planes, eight RC-135 reconnaissance aircraft were also damaged in the storm that took out some trees and caused building damage on base.

Six of those eight aircraft have now been returned to mission-capable status, Ryder said.