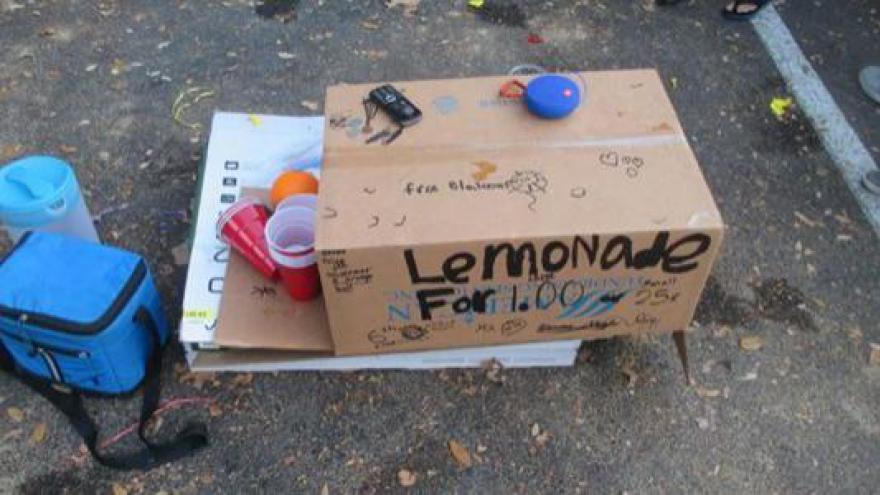 FLORIDA - (CBS10 News) Two teenagers are facing theft charges after they robbed two 9-year-olds of $13 and an iPod at their lemonade stand after an argument.

Deante Small of Lutz is charged with robbery by sudden snatching, a felony. A 16-year-old girl also is charged with battery and petit theft (misdemeanors). The girl is not being identified.

About 5 pm. Wednesday, the youngsters were selling lemonade from a stand at the Livingston Apartments when the suspects ordered a lemonade, according to the Hillsborough County Sheriff's Office.

The suspects argued with the kids over how much lemonade they got, and one of the 9-year-olds threw a cup of lemonade on the girl suspect.

The girl then pushed one 9-year-old down, grabbed an iPod and Small snatched a cup out of money from the other kid. The cup had $13.53.

Both suspects fled the scene.

The suspects said they spent the money at Walmart.

The iPod has not been recovered.