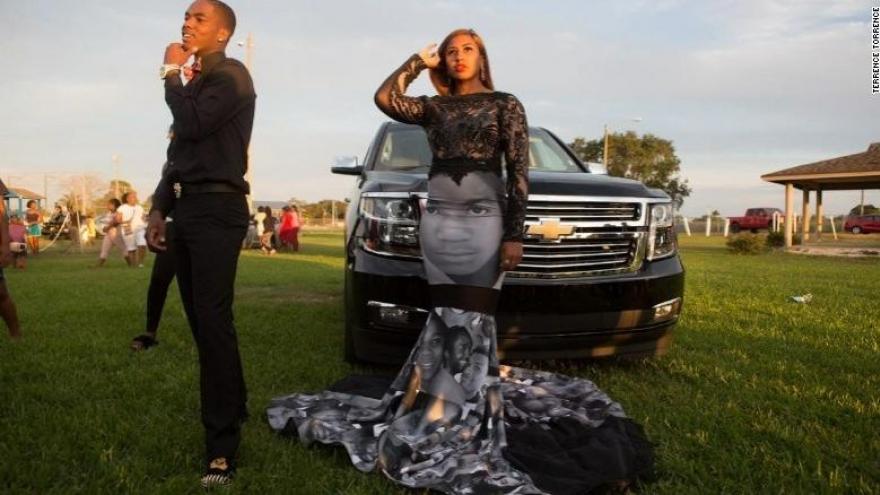 \"When someone loses a mother, father or child in unnecessary circumstances, it should not be overlooked but addressed,\" 17-year-old Milan Bolden-Morris told CNN after she wore the dress to the Pahokee High School prom on Friday.

The dress was designed by Florida-based designer Terrence Torrence. The dress features pictures of 15 African-Americans who were killed in police-involved shootings, he said.

\"With all the killings that was going on, it just hit me one day: you should put that into a dress,\" Torrence told CNN.

\"I wanted to paint a picture and put a story out there through my fashion, and I wanted to show we could spread out message with not just posters and fliers but also with garments,\" he added.

Milan Bolden-Morris asked Torrence to design her prom dress after he designed her cousin's wedding dress.

\"Yes I'm black. Yes I'm 17. Yes GOD is using me to convey a message that's bigger than me,\" Bolden-Morris wrote on Instagram.

Torrence said he is overwhelmed by the response to his design, saying it has been mostly positive.