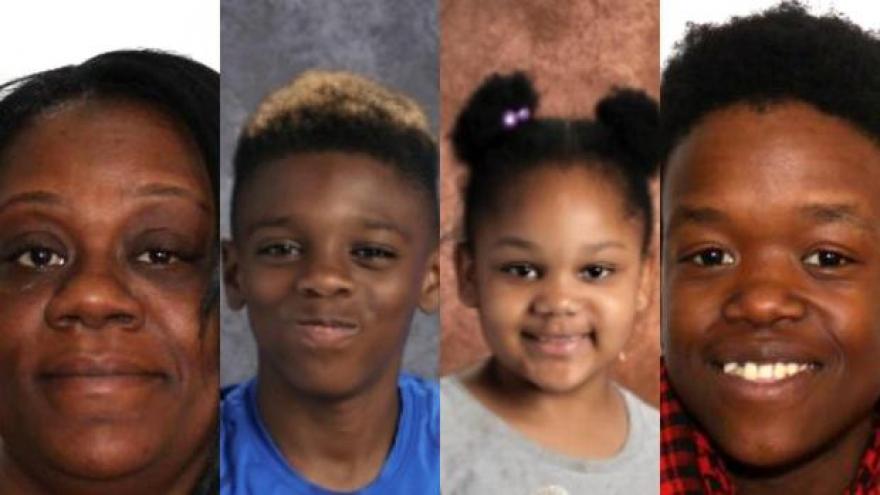 TROY -- (CBS NEWS) One phone call changed Isaiah Smith's life forever. The 15-year-old says he was away in Massachusetts when he learned his mother, brother, and sister were three of the four victims in a grisly murder scene in Troy, New York, reports CBS affiliate WRGB.

"What happens if that was your family and you were the only one who survived?" asked Smith, as he and other family members appealed through the press for any information about the murders.

Police say the bodies of Isaiah's 36-year-old mother, Shanta Myers, his 5-year-old sister Shanise, his 11-year-old brother Jeremiah, and Shanta's partner, 22-year-old Brandi Mells, were discovered in their basement apartment by the property manager the day after Christmas.

"I fell down to the ground right in the bathroom and cried, thinking, 'Who would've done this?'" Smith said.

Shanta Myers' sister said they had planned to spend the holiday together.

"My sister was supposed to be with me and her children, all three of them, for Christmas, and I got robbed of that," said Shakera Symes. She said her suffering is irreparable.

"It feels like somebody ripped us to shreds and we only have each other right now and we are grasping and holding on to each other for dear life."

Smith said his little brother, known as "JJ," was like his shadow.

But now memories are all they have left, and they are pleading with the public for answers.

"If you know something that could help us put the monster away who did this to my sister and her beautiful babies, you've got to say something. The longer you wait, the further away this perpetrator gets and it makes it harder for us to sleep at night," said Symes.

Police have not yet identified suspects in the case.

Rewards totaling $6,500 have been offered for information leading to an arrest.