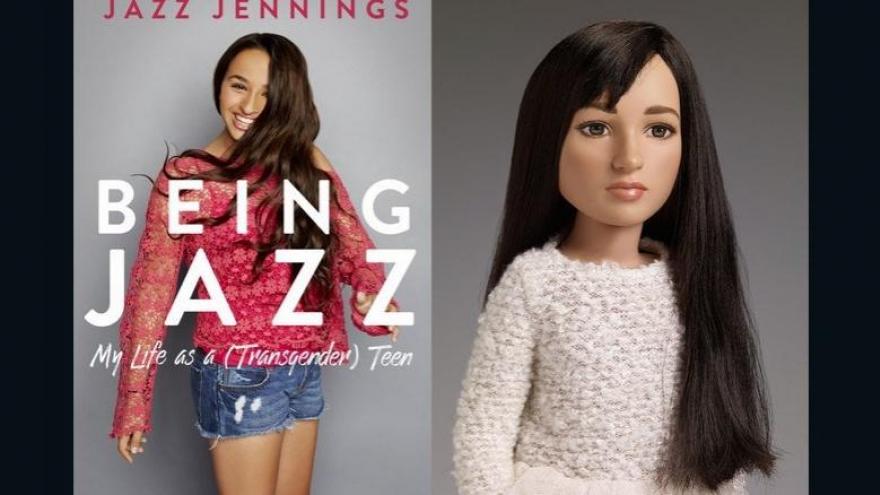 (CNN) Like many girls, 16-year-old Jazz Jennings always loved dolls and dresses. She is one of the youngest people to be documented as transgender, and it has garnered her a following. The latest installment of this appreciative fandom is a doll version of the teen.

The Tonner Doll Company, which specializes in adult collectibles and high-fashion dolls, is releasing a Jazz Jennings doll that was designed and sculpted by the founder of the company, Robert Tonner.

The doll will come with a pink shirt and jean shorts, mirroring the outfit that Jazz wears on the cover of her memoir, "Being Jazz: My Life as a (Transgender) Teen." It debuted at the New York Toy Fair over the weekend.

"Jazz stands for everything I respect from a human nature point of view," Tonner said in a statement. "She's incredibly brave, intelligent, warmhearted and creative."

The company is marketing the doll to children, instead of as an adult collectible.

The dolls will be available for purchase in July.

"I hope that it can place transgender people in a positive light by showing that we are just like all other people," Jazz said.

Jazz and her parents said she began gravitating to "girl things" at an early age and insisting she had the wrong genitalia. At home, she wore dresses but in public she wore pants to maintain a "gender neutral appearance."

That all changed at her fifth birthday party, when she wore a one-piece bathing suit and told her friends she was a girl, her parents told ABC.

The interview catapulted Jazz and her family into the spotlight.

Jazz has appeared on various television networks and news outlets, including an ABC update with Barbara Walters at age 11, a segment with Katie Couric, a report on "60 Minutes," and an Oprah Winfrey Network documentary, "I am Jazz: A Family in Transition."

The exposure has shaped Jazz into a transgender advocate and spokesperson who uses social media to connect with fans and followers. Thousands follow her on YouTube, where she posts her speeches, DIY craft tutorials and musings about being a transgender youth.

Posting a photo of the doll on her Instagram page, Jazz wrote: