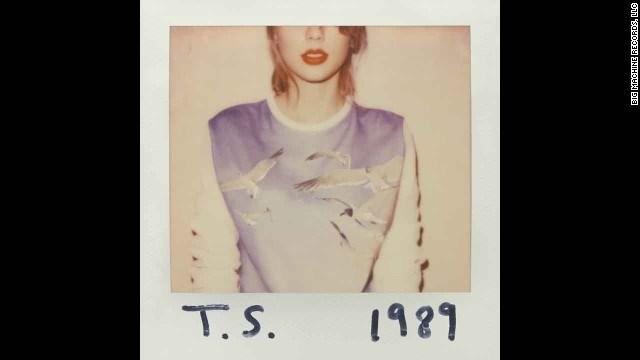 (CNN) -- Sorry, Spotify, but it appears Taylor Swift has found someone else to fill that \"Blank Space.\"

Billboard reports that most of Swift's albums are streaming on TIDAL, the music service recently purchased by Jay Z via his S. Carter Enterprises.

In November, Swift refused to allow from Spotify to stream her new album \"1989\" and pulled the rest of her catalog from the site. The singer has been outspoken about her beliefs that the current state of the music industry is making it hard for artists (Spotify reportedly pays between $.006 and $.0084 per stream) and has endorsed the buying and selling of digital and physical albums rather than streaming.

Music sales have declined sharply in the past few years, and in July, Swift wrote an opinion piece for The Wall Street Journal about the future of the music industry in which she touched on the issue.

Customers \"are buying only the (albums) that hit them like an arrow through the heart or have made them feel strong or allowed them to feel like they really aren't alone in feeling so alone,\" she wrote. \"It isn't as easy today as it was 20 years ago to have a multiplatinum-selling album, and as artists, that should challenge and motivate us.\"

Spotify CEO Daniel Ek responded in a blog post to the singer/songwriter's decision to deny her music to his 40 million-plus customers. His company was not the enemy, he said.

\"Spotify has paid more than two billion dollars to labels, publishers and collecting societies for distribution to songwriters and recording artists,\" Ek wrote. \"When I hear stories about artists and songwriters who say they've seen little or no money from streaming and are naturally angry and frustrated, I'm really frustrated too. The music industry is changing -- and we're proud of our part in that change -- but lots of problems that have plagued the industry since its inception continue to exist.\"

In January, Jay Z's company bid more than $56 million for TIDAL, which is billing itself as \"the first music streaming service that combines the best High Fidelity sound quality, High Definition music videos and expertly Curated Editorial.\" It's available in the U.S. and UK for $19.99 a month.

According to Billboard, Swift's \"1989\" album, which was the biggest seller of 2014, is not currently on TIDAL. But it does include new releases like Kendrick Lamar's \"To Pimp a Butterfly\" and Modest Mouse's \"Strangers to Ourselves.\"