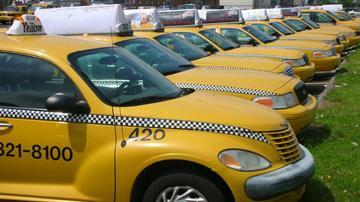 MILWAUKEE -- The taxi and ride-sharing debate continued Tuesday at City Hall.  It's controversial on both sides, neither the taxi companies nor the ride share companies really like it.  But people who'd like to become cabbies do.

Tuesday the common council voted to hold the legislation until the next meeting on July 22.

This measure eliminates the existing cap on the number of taxi permits the city can issue.

Alderman Bob Bauman introduced an amendment that would allow for provisional licenses.  Basically speeding up the process to get a license to drive a cab.

Alderman Jim Bohl had concerns about public safety when it comes to checking cabs and ensuring they meet certain safety standards.

The original ordinance clears the way for app-based ride sharing companies like Uber and Lyft to operate legally in the city.    Those companies have been operating against city ordinance for some time now.  This would put Uber and Lyft under some regulatory control from the city.

Uber and Lyft representatives think some of the city's regulations repeat what the company already does in terms of background checks and inspections.

The taxi companies think the added competition will crush them.  Right now the permit cap limits the amount of taxis available.  Some argue it's difficult to get a taxi during busy times - specifically weekends or at events.

It will be back on the council agenda July 22.