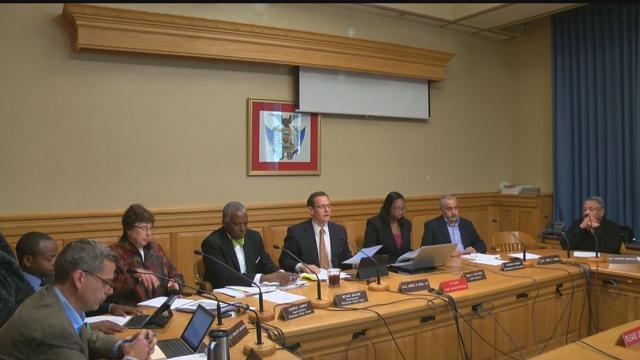 The Water Quality Task Force met in the Milwaukee City Hall this morning to discuss the lead situation and compare it to other cities that have gone through something similar.

One of those cities was Madison. They had 8-thousand homes that were affected by service lines that had lead.

Part of the issue is half the service line is owned by the city, while half is on private property, meaning homeowners had also had to split the bill.

In an effort to bring down costs, the City of Madison rented out its water towers to phone companies for cell phone towers. That allowed the city to offer rebates to homeowners to help cover some of the costs for the service lines.  It does not cover any costs for lead pipes in the home.

While it is not clear if Milwaukee will take that route, task force members say looking at what other cities have and haven't done, could be an advantage for the city.

Officials from Milwaukee Public Schools were also at the meeting. They say they tested all the schools in the district for lead. The final report should be available by the end of the month.