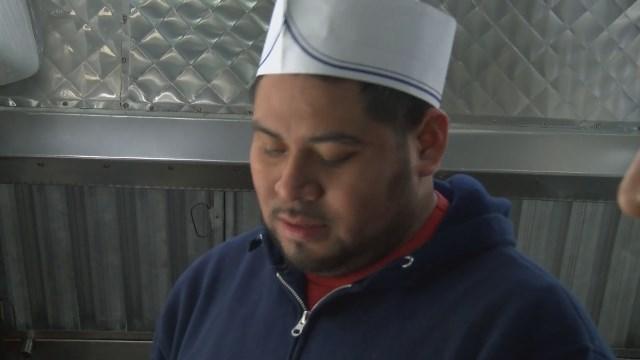 A Milwaukee man working in a taco truck said he said a suspect with a large gun tried to climb through the window and rob him in the 3700 block of West National Avenue on Monday night.

The victim, a 30-year-old Milwaukee man, was working in a taco truck when he was approached by a male suspect.

The employee spoke with CBS 58's sister station Telemundo Wisconsin about the incident.

He told Telemundo a struggle ensued between the victim and the suspect for about 10 minutes. During that time he was trying to push him out of the truck. The suspect eventually fled on foot.

Employee's of the truck said they are scared the suspect will return unless he is caught, and that this was the second incident of an attempted robbery.