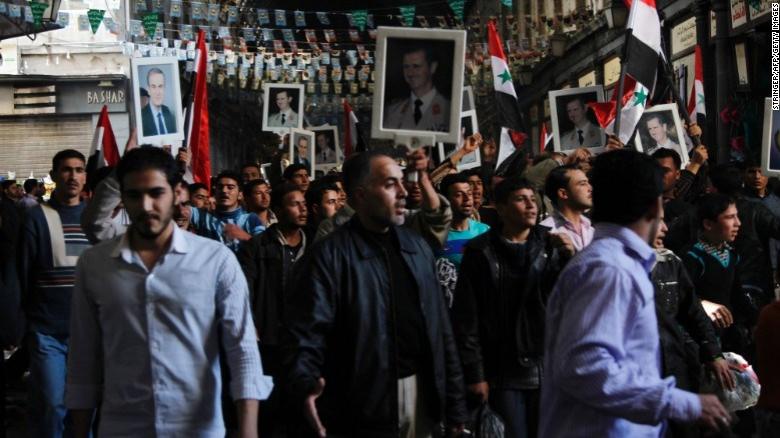 (CNN)The horror of Syria's civil war is familiar to most, thanks to the ghastly images of death and destruction -- and most recently, of fleeing refugees -- that have played out across our screens.

But the conflict's ugly effects have now reached far beyond the devastated streets of Syria and the crowded camps where its refugees huddle, and into the unlikeliest of places: deep below the frozen tundra of an Arctic island.

The Global Seed Vault, something of an agricultural Noah's Ark, keeps a seed of just about every known crop in the world inside a frozen vault on the Norwegian island of Svalbard.

The vault is meant to be opened only in the event of a catastrophic event, like flooding or drought, that would threaten a crop with extinction, according to Brian Lainoff, a spokesman for the Crop Trust, one of the vault's international stewards.

No seeds have ever been withdrawn, according to Lainoff, but Syria's civil war has brought such chaos that it has the guardians of the so-called "Doomsday Vault" sounding the doomsday alarm.

"We just don't know what's going to happen," said Lainoff about the Syria-based International Center for Agricultural Research in the Dry Areas, one of the Crop Trust's 11 global seed banks. "Any day that facility could be hit," he said.

ICARDA's gene bank in Aleppo, Syria, includes more than 135,000 varieties of wheat, fava bean, lentil and chickpea crops, as well as the world's most valuable barley collection, according to Lainoff.

By 2012, Lainoff said, "it had become increasingly difficult to operate" in Aleppo, so ICARDA's international staff -- which had over the years successfully developed new strains of drought- and heat-resistant wheat -- fled the country, leaving the center and its critical inventory behind.

Three years later, with no sign of conditions in Syria improving, it had become time to cash in -- or perhaps more appropriately, to defrost -- its insurance policy.

ICARDA scientists need the seeds from Norway so they can plant and regenerate them at ICARDA facilities in Lebanon and Morocco. With new seeds, they can resume the important research they've been doing for decades. They will replace what they had on ice in Norway with some of the newly generated seeds.

Lainoff couldn't say how many of the 116,484 varieties that are currently inside Svalbard's vault at minus 18 Celsius will be withdrawn and moved to ICARDA's facilities in Lebanon and Morocco, or when -- or how -- that would occur.

Those logistics are still being worked out, he said.

After all, one can expect a few unknowns when trying to prevent a doomsday scenario.