SUV Sought in Hit and Run with Motorcycle 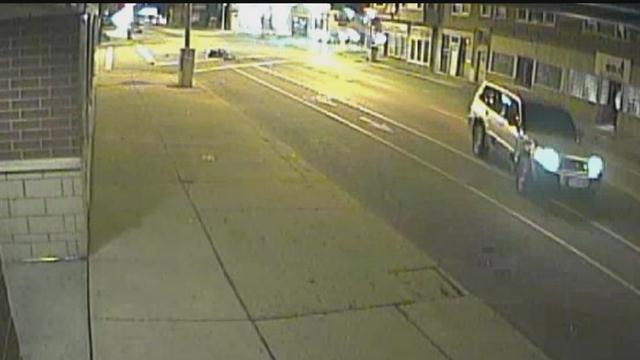 A motorcyclist was involved in a serious hit and run crash with a silver SUV on Monday around 8:50 PM.

According to Milwaukee Police, the incident occurred near S. Muskego Avenue and W. Mitchell Street.

A man in his 20′s, was operating a 2008 Taizhou motorcycle westbound on W. Mitchell Street when he went in the far right lane to get around cars stopped at a red light at S. Muskego Avenue.

The man disregarded the signal, and was in the intersection when he was struck by a vehicle northbound on S. Muskego Avenue.

The vehicle, described as a silver SUV stopped briefly and then fled the scene.

Police released a surveillance image of the SUV and asked anyone with information to give them a call.

The man suffered very serious injuries and was transported to a local hospital for treatment.  He was not wearing a helmet.