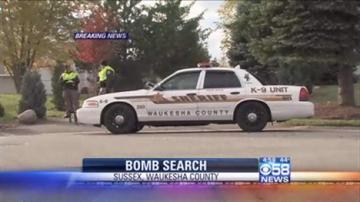 SUSSEX -- Waukesha County Sheriff's Department arrested a Sussex man after serving a search warrant on his Sussex apartment. We're told a tip was called in to law enforcement alleging someone at the Champney Court Apartment building was making explosives.

Residents of Champney Court apartments were evacuated, ane the Milwaukee County Bomb Squad was called in to search the apartment.

One male suspect is in custody, and the sheriff's department believes no one else is involved.

The sheriff's department had residents back in their home Thursday night.