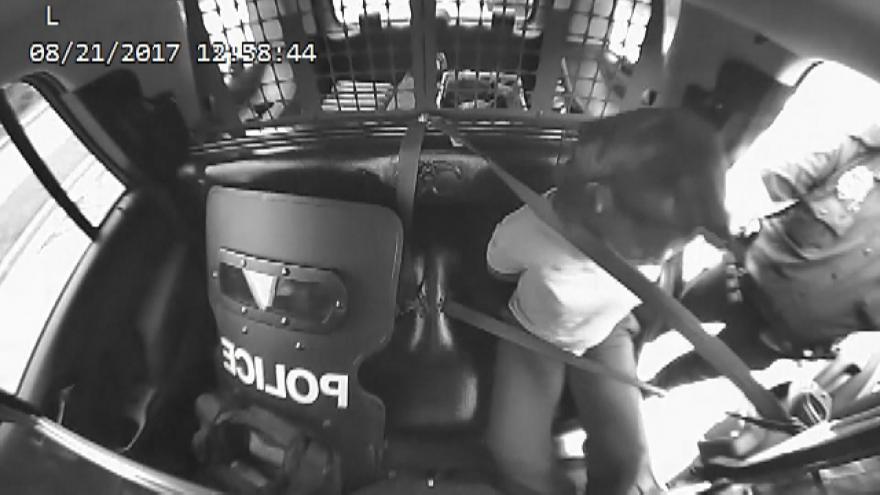 BROOKFIELD, Wis. (CBS 58) -- Stuff flying out of car windows as a suspected thief tried to make a getaway. According to police, the suspect fled because she thought officers wouldn’t chase her.

A criminal complaint tells the whole story. It started at the Dick’s Sporting Goods where the teen led officers on a high speed chase for nearly six miles.

Dash cam video shows 17-year-old Shakerra Thomas leading officers on a high speed chase on Monday while her passenger tossed stolen items out the window of her silver Ford Taurus along the way.

Thomas and a friend allegedly robbed the Dicks Sporting Goods on Bluemound Road moments before.

Police say a person who saw the theft called 9-1-1.

Thomas is seen weaving in and out of traffic all while cutting cars off for nearly six miles. Two different officers chased Thomas on nearby streets and I-94 before she finally pulled over on West Greenfield Avenue near Brookfield Hills Drive.

That’s when officers demanded both suspects get out of the car where they were taken into custody.

Thomas later explained to police that she saw police following her, but didn’t hear the sirens. She didn’t stop because her passenger had a warrant out for her arrest and they would go to jail if she pulled over.

That’s when Thomas claims she pulled over anyway against her passenger’s wishes.

Thomas now faces a felony and a misdemeanor charge. If convicted, she could face three and a half years in prison.