Suspect sought in vehicle crash at 75th and Greenfield, injuring one 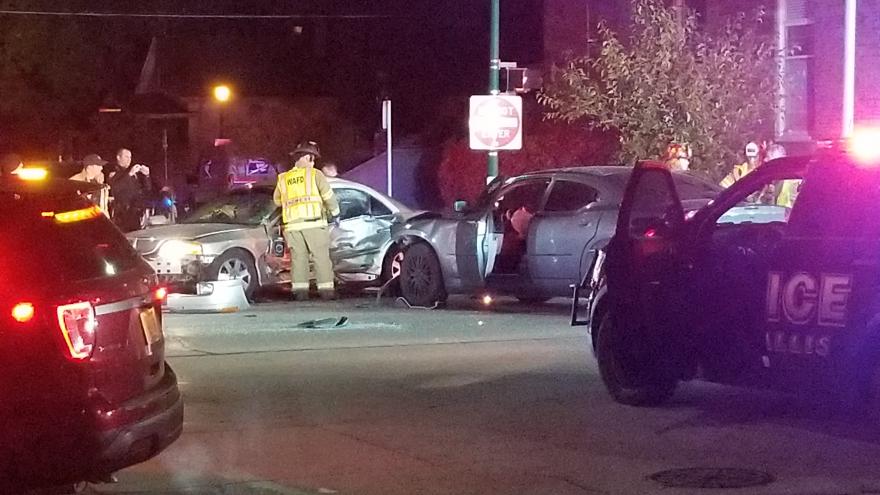 WEST ALLIS, WI (CBS 58) -- The West Allis Police are looking for a suspect involved in a late night chase and crash at S 75th and W Greenfield Avenue Friday that sent one woman to the hospital.   According to the Police, officers attempted to stop a dark gray Dodge Charger around 11:20 PM  for failing to obey a red light at S 76th and Greenfield.   The vehicle sped away and was northbound on S 75th Street when it collided with a westbound car in the intersection of 75th and Greenfield.   The driver fled the crash scene on foot.   A perimeter was set up and a K-9 called into search the area, but the suspect  was not located.

The driver of the second car, a 28-year-old West Allis woman was injured in the crash and taken to a local hospital for treatment of her injuries.   A passenger in the second car did not seek medical attention.

The West Allis Police Department is continuing to investigate the accident.