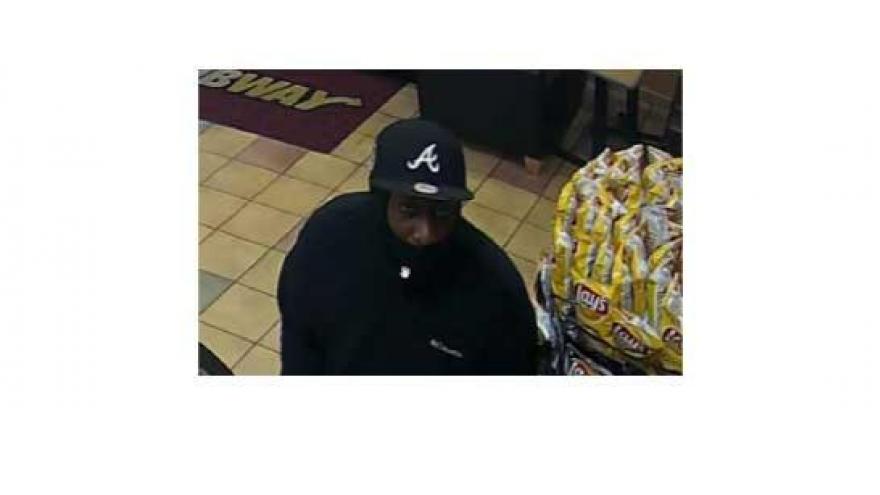 Milwaukee Police are looking for a suspect wanted in two separate crimes at the same Subway.

The second incident was an attempted armed robbery three days later on January 24, 2017 around 7:30 p.m.

In the first incident, the suspect came into the store, implied a weapon, and demanded money from the employee working at the register.  The suspect took the money and fled on foot.

In the second incident, the suspect came into the store and demanded money again from an employee working the register.  In this case, the suspect did not obtain any money and fled from the scene on foot.

The suspect is described as a black male, 20-30 years-old, around 6’1” tall, and approximately 200 pounds.  He was last seen wearing a black Columbia sweatshirt and a black baseball cap with “A” on it.

Anyone with information is asked to call Milwaukee Police District at 414-935-7360.