Suspect Punched Woman in the Head Near Bus Stop 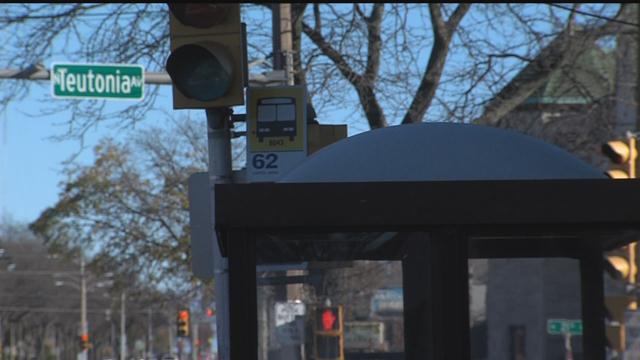 A woman was attacked on her way to the bus stop in Milwaukee and now city leaders want answers.

They said the suspect punched the woman in the head after making unwanted advances.

CBS 58 spoke with the victim's sister who says by now she simply feels like a walking target because this is not the first or second time she's been a victim of this kind of violence but third.

According to Milwaukee Police, the female victim was walking to her bus stop on Teutonia Avenue on Sunday just after 7:30 AM.

The victim told officers she was approached by a male who was making unwanted advances, when the victim said she wasn't interested he struck her several times before fleeing.

Supervisor Moore Omokuunde held a press conference this afternoon, at the site of the attack, and said incidents like this are all too common and need to be stopped.

While the victim survived and is left with bruised ribs, her loved ones say it's the emotional damage that has left the most lasting impression.

The victim’s sister said at this time she simply wants justice.

The family along with city officials, are asking anyone who may have seen anything or have any information on this case to step forward.

CBS 58 and Telemundo Wisconsin reporter Christine Flores has been working on this story for the CBS 58 News at 4 and 5.