Suspect Points Handgun at Man at ATM near the Pfister Hotel 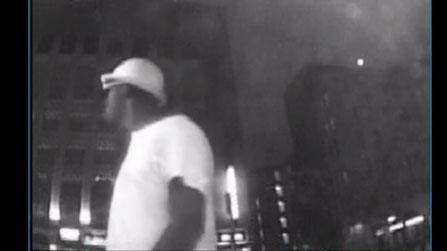 Milwaukee Police are asking the public to help identify a suspect wanted in an Endangering Safety by Use of a Dangerous Weapon near the Pfister Hotel.

The incident happened at 422 E. Mason Street around 12:50 a.m. on June 28.
The male victim was at an ATM when the male suspect approached him. The suspect pointed a black handgun at him and fled from the scene on foot.

The suspect is described as a black male, in his mid-to-late 20’s, and wearing a white v-neck t-shirt, blue jeans, a white fedora hat, and dark sunglasses.

Anyone with information is asked to call Milwaukee Police District One at 414-935-7211.