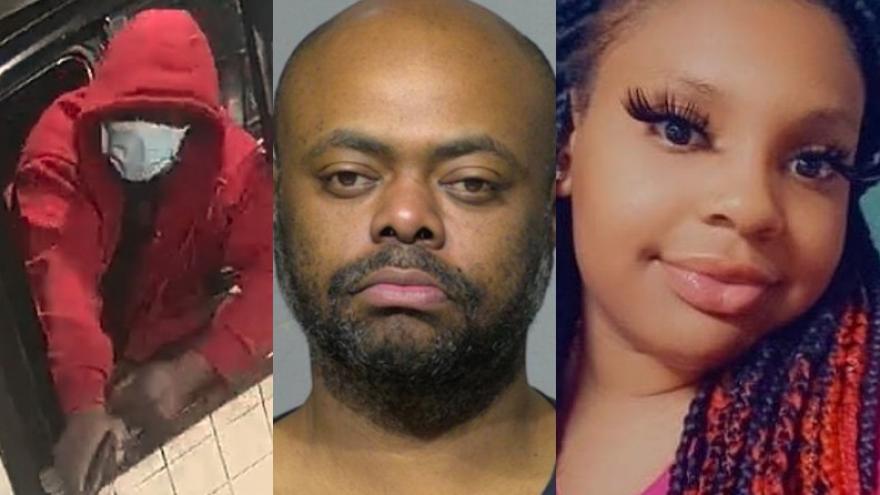 MILWAUKEE (CBS 58) -- Antoine Edwards, a suspect in what investigators said was a botched fake robbery at a Milwaukee Burger King, appeared in court for the first time Sunday, Jan. 16.

There was a lot to be said about the actions of the suspect, Antoine Edwards.

"[This is] serious because a child lost their life. Sad because a grown up allegedly involved his child and another child in a robbery attempt," said Honorable Barry Philips, Wisconsin circuit court 1st judicial administrative district.

Sixteen-year-old Niesha Harris Brazell was fatally shot during the incident.

Antoine Edwards is now being held on more than $100,000 bond. He's facing charges of felony murder, intentionally contributing to the delinquency of a child leading to their death, and possession of a firearm by a felon. If convicted, he faces up to 65 years in prison.

Police said Edwards tried to cover for his daughter, claiming only Brazell was involved.

"Unfortunate because if they complaint is to be believed by the surviving members of this conspiracy, then the alleged victim is also involved," said Philips.

This noting is something that doesn't sit well with Niesha's mother, Liceal Brazell. She said her daughter only got a job in the first place to be responsible, saying Niesha even said she didn't really need the money when she started working.

"You spoiled me, now I'm going to spoil myself, she wanted for nothing," said Liceal.

She said her daughter was terrified of guns, and would've called to be picked up if she knew.

Liceal says she can't believe her daughters friend, Edwards' daughter, had the gall to come to multiple vigils for Niesha.

"Now I'm sitting here and I'm feeling sorry... try and find a way to help you, and you're still telling lies, you're trying to put my baby's name in the dirt and I'm not having it," said Liceal.

Police said Ellis is responsible for the shooting of Brazell, who shot from inside the restaurant. He was not in on the robbery plan. Police are still looking for him.

Edwards will appear in court again on Jan. 26.