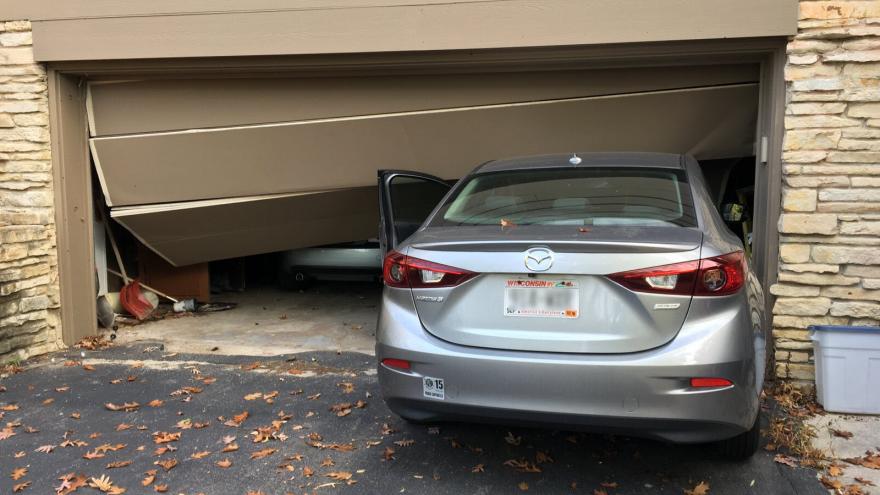 ELM GROVE, Wis. (CBS 58) -- Someone trying to steal a car in Elm Grove didn’t get very far. The suspect crashed into the homeowner’s garage.

The attempt happened around 4:00 AM Monday on Victoria Circle North. Police tell CBS 58, the owner of the car left the vehicle unlocked with the key fob inside of it.

The suspect was able to get into the Mazda3 and start it, but appeared to have problems driving stick shift. Police say the culprit crashed through the garage door, then got of the car and ran.

Investigators tell CBS 58, another person who lives nearby on Victoria Circle South left a vehicle unlocked and told police someone had gone through the items inside.

Someone else on Crystal Lane left her purse in her unlocked car overnight. The purse was taken and later recovered in Milwaukee.

All three examples serve as a good reminder to take items inside with you and lock your vehicles.