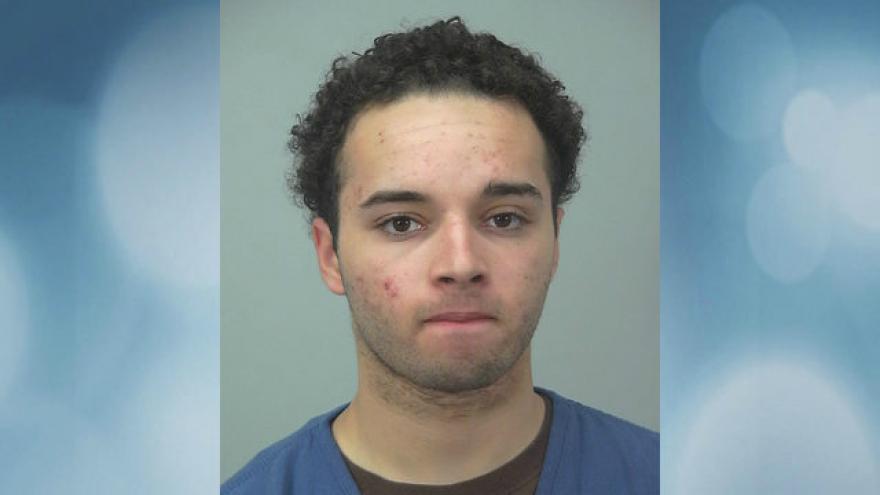 Madison police went to 19-year-old Thomas B. Vallon’s home on Glacier Drive to take him into custody on a felony warrant after he violated the terms of his supervision, according to a release.

Vallon ran out a back door when officers drove up around 8 a.m., officials said. Vallon was on the loose around the neighborhood until he ran into John Muir Elementary School around 9:30 a.m.

Vallon entered the school at 6602 Inner Drive through a gym door that had been propped open, according to the release. He was in the school less than a minute before being arrested.

A physical education teacher made contact with Vallon, immediately removed students from the gym and radioed the office for support, school Principal Andrea Keft said in an email to families.

MADISON, Wis. (AP) — Officials at a Madison elementary school say a man being chased by police attempted to elude officers by ducking into their building where he was confronted by a teacher and apprehended.

In an email to parents, John Muir Elementary School Principal Andrea Kraft says police were pursuing a wanted suspect on foot in the neighborhood near school Monday morning.

The unarmed suspect entered the school about 9:30 a.m. and walked into the gym where the physical education teacher radioed the office for help, removed the students from the area and the school was put on lockdown.

Officers apprehended the suspect shortly after he entered the school building. The lockdown ended with the suspect in custody.