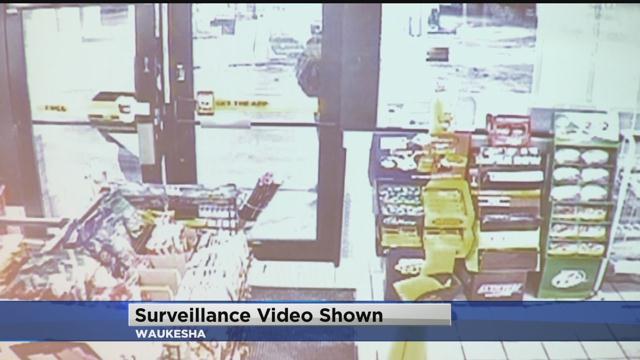 Prosecution showed video, photos and clothing on Tuesday during the trial of Darrin Malone.

Malone is  accused in the shooting death of a 65-year-old Waukesha gas station clerk moved forward.  Waukesha detectives took the stand and showed us some key surveillance video.

The video shows men in Halloween masks robbing a Citgo, where the gas station clerk was shot.

In the video the men enter the store with a gun raised, grabbing items and running away.

The shooting happened in January of last year. The clerk, Saeed Sharwani, was counting money to close up for the evening.

Detectives say they narrowed down their suspect after serving a search warrant and found a gun, a mask, and the pants and shoes the shooter was wearing.

Police say they later narrowed the suspect down to Malone and he matched the description.