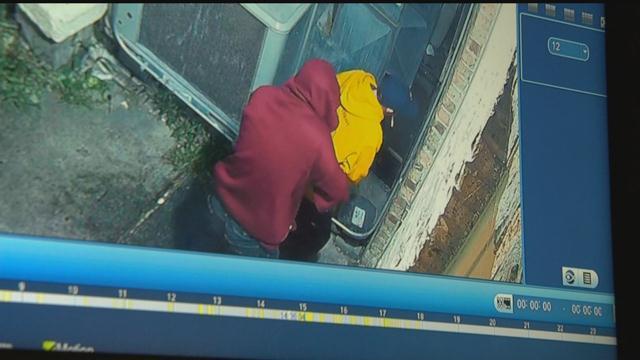 The restaurant on Oakland Avenue was robbed on Monday around midnight.

The video shows a man in a hooded sweatshirt man handle a worker and force him to hand over money.

There are images both inside and outside the store. Some in color, some in black and white.

The suspect appeared to have a gun and apparently made his getaway on foot.

The hope is that somebody will see the surveillance video and be able to identify the robber.