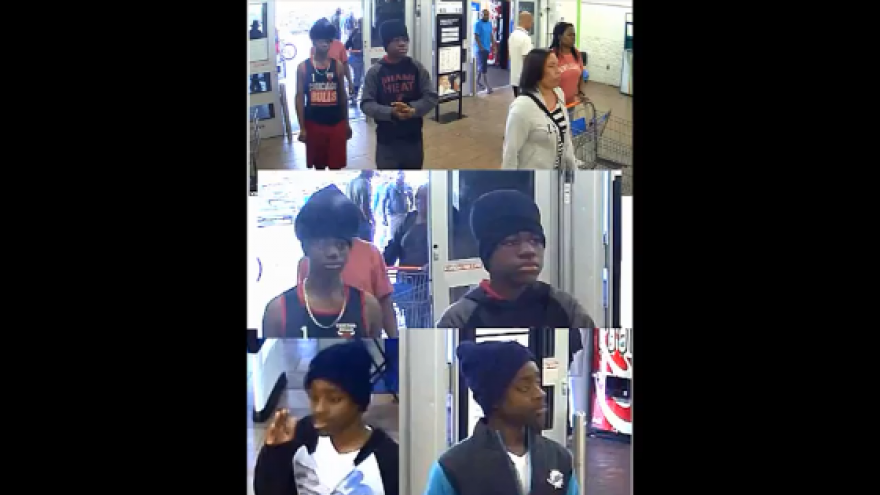 LAUDERDALE LAKES (CBSMiami) – It was Monday afternoon when an 81-year-old woman parked her car in a Lauderdale Lakes Walmart parking lot. She was shopping for a computer mouse.

What she didn’t know, the Broward Sheriff’s Office says, is that she was being targeted by a group of young, armed thieves from the moment she got out of her car.

Surveillance cameras captured the woman heading into the store.

Broward Sheriff’s detectives say she was unaware that 3 young people — believed to be teenagers — followed her into the store, tailed her every movement and followed her out of the store.

Then they confronted her at her car. One young man with a gun in hand demanded her car keys.

The victim spoke to us and asked us to conceal her identity.

“I was friendly because they were kids,” she said.

Even though they apparently were kids, they weren’t so friendly. They stole her car, nearly hitting her as they peeled wheels out of the parking lot. The victim said she didn’t realize that until later.

“I didn’t know that because I was so shocked,” she said.

This outgoing, charming woman who loves people said she still cannot understand why these armed kids targeted her.

“That’s what I’m asking myself,” she said.

Carter said these thieves preyed on this woman in a way that seemed planned. One approached her from the front with a gun with the other two coming up from behind her preventing the woman from running away. What really alarms investigators is the apparent age of these thieves.

The victim’s family showed us these pictures of the woman’s car. They said it was discovered wrecked a short distance from the Walmart after it was stolen.

The victim told us she’s scared and doesn’t want to go out. But she’s tough and said she wants these guys caught so they can face punishment.

“I want to face these these people,” the victim said. “I mean it. Because I know what kind of damage I have now.”

The victim and her family said they are grateful to the numerous witnesses and other do gooders who saw what happened to this woman who was alone and stayed by her side to comfort her.

If you know who these thieves are, the victim, her family and detectives desperately want them off the streets.

You are asked to call Broward Crimestoppers if you have any information at (954) 493-TIPS.