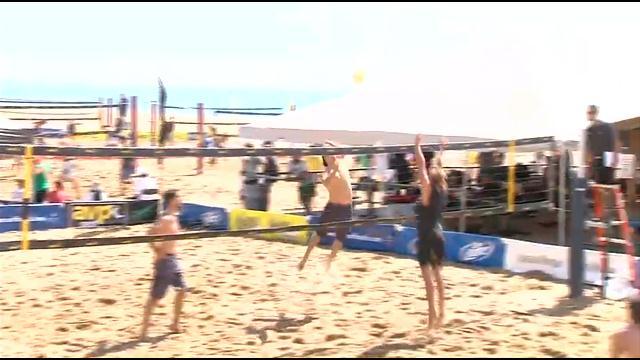 Earlier this year, the longtime organizer of tournaments at the beach said he was ending his contract with Milwaukee County.

Surg Restaurant Group Division Manager Patrick Todd stopped in for a live interview on the new CBS 58 News at 4:30 p.m. to talk about his groups plans to keep the sport alive along Milwaukee's lakefront.

\"We we're approached by the Milwaukee County Parks and they asked us if we were interested and pick up the volleyball,\" explained Todd, \"and we definitely were. It's been great to the beach and the community of Milwaukee as well. So, we were very interested in picking that up for the summer.\"

Todd says the nets will be going up in the next couple of weeks. Their main focus is to keep the leagues going. They do plan to bring some tournaments, but the details are still being worked out.

The leagues will be Sunday through Thursday and registrations continues through the first week of May.