People have come to watch the Port of Milwaukee's ice-breaking tugboat rescue. @CBS58pic.twitter.com/2qQayTcFOU

The workboat will then be put on a barge to be inspected to figure out why it sank.

"We have three divers and a couple of tenders, our job is to go down and hook on cables so the crane can lift the submerged boat to the water line and then we start the pumps to try to de-water the boat," said Pirates Cove Diving Owner Jerry Guyer.

The Harbor Seagull sank to around 26-feet underwater next to where it was docked. The boat was used for many things including ice breaking and removing logs from the river.

"I thought it would be interesting to see what they’re going to be doing and how they’re going to handle the whole operation," says Sophia Michalovitz, who came to watch the process the unfold.

"Yeah, we heard it was happening," says Dennis Griffin. "We didn’t know quit where it was, but we drove down here by UWM Fresh Water Sciences." 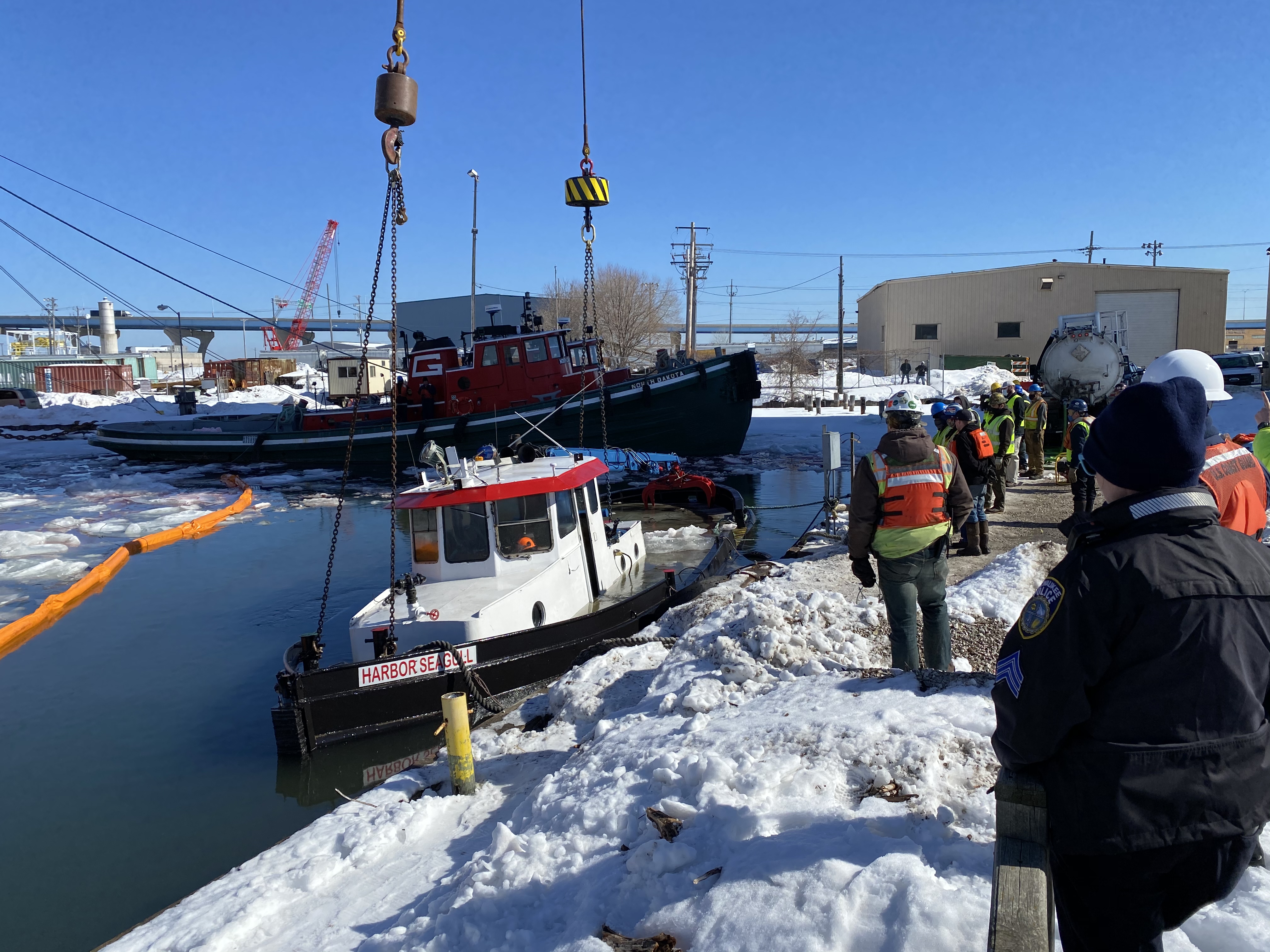 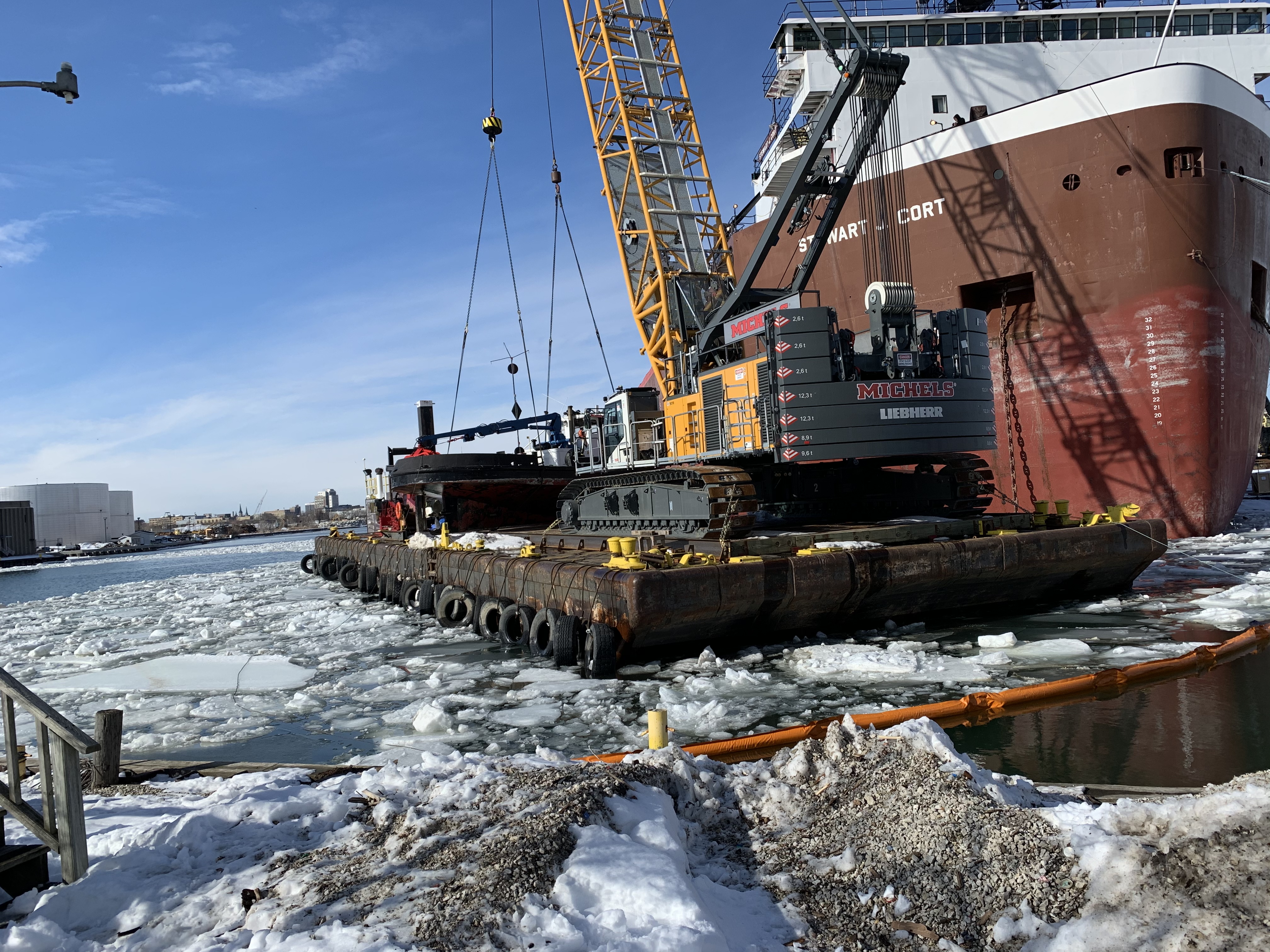 According to the United States Coast Guard, an estimated 120 gallons of diesel was spilled into the waterway from the boat. Cleanup efforts in the water and ice will continue.

Port leaders estimate the salvage and repair bill will cost around $350,000, which is cheaper than buying a new tugboat.

The dive team who was hired to help says the job can be hard, especially because of all the ice.

"This is kind of extreme, very few divers, going two here with me are two out of 1,000," Guyer said. "Most people, even if their certified, experienced and have been all over the world diving, wouldn't go in for this."

Questions still remain about what caused the boat to sink.

While the Harbor Seagull is being restored, Port Milwaukee has hired private companies to help with ice breaking.

Contributions to this story also made by: Emily Thornton
Share this article: