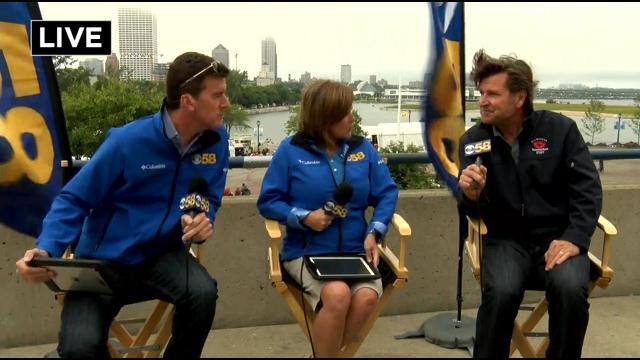 Summerfest Marketing Officer John Boler says while the festival had to scramble,  it did succeed in getting its workers to the grounds despite the Milwaukee County Transit System bus driver strike.

\"Summerfest really jumped into action very quickly when we were made aware of the unfortunate situation and the unfortunate timing of this action,\" Boler said live on the CBS 58 News at 4 p.m. \"We've been able to make accommodations for our workers, we are doing some shuttles for them. Our teams here at Summerfest are fully staffed and ready to go. There may be a work stoppage out there in the community, but there's definitely not a work stoppage here at Summerfest.\"

Summerfest estimates that between 15% and 20% of attendees take the MCTS Shuttle to get to the grounds.

Boler noted that the action did not take place in February or April, but during this big event.

Boler emphasized that all the bands have kept their commitments, food and drink vendors were fully operational.

\"We want our festival goers to be creative. Find alternatives, Uber and taxi cabs,  car pool.\"

He also pointed out that many bars and restaurants offer shuttle service to Summerfest.

Milwaukee County has opened up 1,000 additional parking spots for Summerfest ticket holders near the Marina on Lincoln Memorial Drive at Veterans Park.

Boler said he was unaware that it would create complications for those who might use the area to park for the July 4th fireworks.

\"It's something we greatly appreciate and hope people take them up on it.\"

Boler said the job action will definitely impact Summerfest, but knows the festival's fans are passionate.

\"The event itself is going strong. One way or another we hope all those fans get a chance to come out for a visit.\"