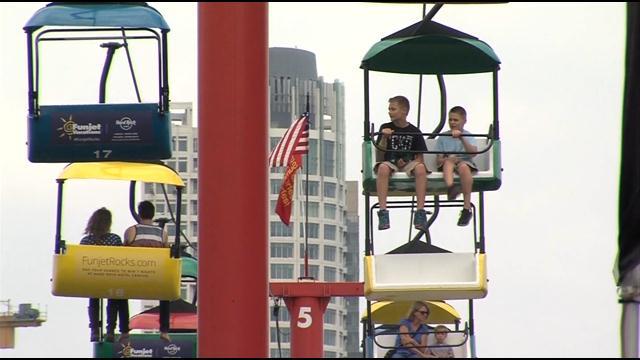 \"There's an impact, no question about it.\"

And so began CBS 58's live interview with Summerfest CEO Don Smiley during the live broadcast from the festival grounds on the CBS 58 News at 4:30 p.m.

\"We don't know what the tally will be at this point in time. But I bet you it will be 15,000 people per day that won't be here because of the bus strike.  Of course we are very concerned about that.  But there's other people in town that come first.  We really look at it that way. If you can't get to the doctor or you can't get to your job, those are way more important than what we're talking about here.\"

Smiley said the halting of buses was not a very good hand that was dealt to the 11 day festival.

He said he was confident people will continue to get creative to get to the event for its final three days.

The transit union has indicated that the work stoppage will end Saturday at 3 a.m.

According to Smiley, chillier temperatures earlier in the run, means tickets that were already sold have not yet been used.

With sun and temperatures in the high 70's in the forecast, he anticipates large crowds.

Friday there was already an indication of larger crowds compared to the cloudier and much cooler day before.

Smiley says the festival has not dealt with any major complaints. He says organizers knew what they would be facing this year, with the exception of  bus driver strike.