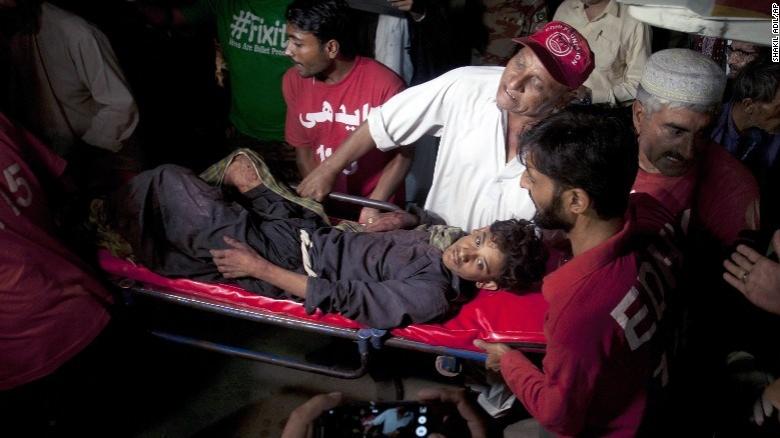 (CNN) A suicide bomb attack killed at least 52 people and injured more than 100 others during a religious ceremony in the remote mountains of Pakistan Saturday evening, according to local law enforcement.

Through its media wing Amaq, ISIS claimed responsibility for the blast on a Sufi shrine in the Lasbela district of Balochistan, 120 miles from Karachi.

About 500 people had assembled to perform a Sufi ritual at the Shah Noorani Shrine when the bomb went off, according to Sarfraz Bugti, the home minister of Balochistan province.

The remoteness of the region made it difficult to get emergency services to the area, but rescue operations are underway, he said.

Imran Khan, the head of the Tehreek-e-Insaf party and a former cricketer, said the attack hit at the "core" of Pakistan's society.

In September, Pakistan's military acknowledged for the first time that ISIS had a presence in the country.

In October, ISIS attacked a police academy in Quetta, Pakistan killing 61 and injuring 117.