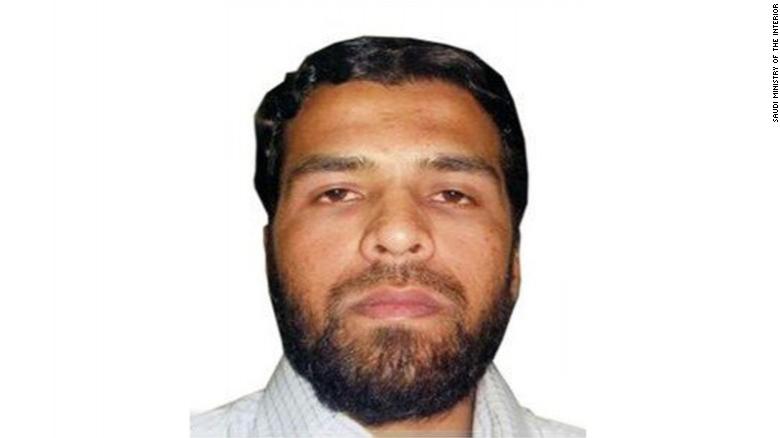 (CNN) Three suicide attacks in 24 hours -- that's how Saudis will remember the end of Ramadan, a month that has seen the wider region plunged into a wave of terror-related violence.

The attacks -- including one in Medina, one of the holiest sites in Islam -- follow massive jihadi assaults from Turkey to Iraq that have been been tied to ISIS. Analysts believe events in Saudi Arabia could also be the work of the terror group.

There has been no claim of responsibility so far.

Two of the attacks failed but four people were killed in the third, all of which appear to be coordinated -- targeting both Saudi security forces and Western interests.

The first occurred before dawn near the U.S. Consulate in Jeddah. The attacker killed only himself after detonating an explosive according to the state-run Saudi Press Agency. Policemen were injured in the attack.

The ministry said the 34-year-old man blew himself up with an explosives belt. He lived in Jeddah with his wife and one of her parents. He came to Saudi Arabia 12 years ago to work as a driver, Saudi officials said.

In Qatif in eastern Saudi Arabia, a suicide bomber attempted to launch an attack at a Shiite mosque but failed, killing himself in the process, according to an official with knowledge of the event. There were no injuries.

The deadliest occurred in Medina, where four people were killed and another person was wounded, according to an official with knowledge of the event. The city is a major spot in Islam because that's where the Prophet Mohammed is buried.

The bomber, who died in the explosion, targeted security officers, but it is unknown precisely who was killed, the source said.

The strikes come as the Muslim holy month of Ramadan ends and Americans celebrate the Fourth of July, the U.S. independence day.

They follow dramatic attacks last week in Turkey, Bangladesh, Yemen and Iraq, that killed scores of people. They are claimed or thought to be carried out by ISIS.

Tim Lister, a CNN expert on Middle East affairs, said the Saudi attacks fit the "modus operandi" of ISIS and the kingdom represents "a real target to show" ISIS "can punch above its weight."

"Saudi Arabia is a big target for them. They have a lot of Saudi fighters in their ranks. They regard the Saudi monarchy as having betrayed Islam."

The group claimed responsibility for a suicide bombing last August that ripped through a mosque belonging to a special emergency force in the southwestern part of the country, killing at least 13 people and leaving nine others wounded.

Spate of terror attacks as Ramadan draws to a close

Peter Bergen, CNN national security analyst, said ISIS called for attacks during Ramadan and "now we have them."

Attacking a Shiite mosque, a U.S. entity and the holy city of Medina are meant to embarrass the Saudis. The attack on Medina specifically undercuts the royal Saudi family's claim to be the "protectors of the two holy places," Bergen said, a reference to the holy sites of Mecca and Medina.

But, Bergen said, a suicide attack in Medina couldn't be more counterproductive because the attack took place at a revered Muslim location during Ramadan. It would seem senseless to undertake that kind of action, he said, and he expects it would be greeted with "strong condemnation and puzzlement" by the Muslim faithful.

Around the world, the hashtag #PrayForMedina has been retweeted thousands of times, as Muslims responded with outrage and horror to the attack near Islam's second most holy site.

Early Monday, the Saudi police became suspicious of a man who appeared to be roaming around a parking lot of a major hospital, the news agency reported. When officers approached him, the man detonated what appeared to be an explosive belt.

The explosion happened roughly 33 feet (10 meters) from the consulate's wall.

Witnesses told CNN the blast occurred about 3 a.m. local time and that it appeared that at least two police officers were slightly injured in the attack.

The Saudi news agency reported that the policemen were slightly injured and that they were taken to the hospital. The report did not specify how many were hurt.

None of the bystanders in the parking lot were injured in the attack, according to SPA.

Police found three devices inside the bomber's car. A bomb disposal unit used a robot to detonate them, said a journalist who was on the scene.

How to stop the cycle of hate (Opinion)

The Interior Ministry is investigating the case, according to the SPA.

A U.S. State Department official told CNN that all chief of mission personnel were accounted for. The bombingcame after a week of attacks in Turkey, Bangladesh and Iraq, which have left many on edge.

In 2004, the U.S. consulate in Jeddah was attacked by gunmen linked to al Qaeda, who killed five employees.